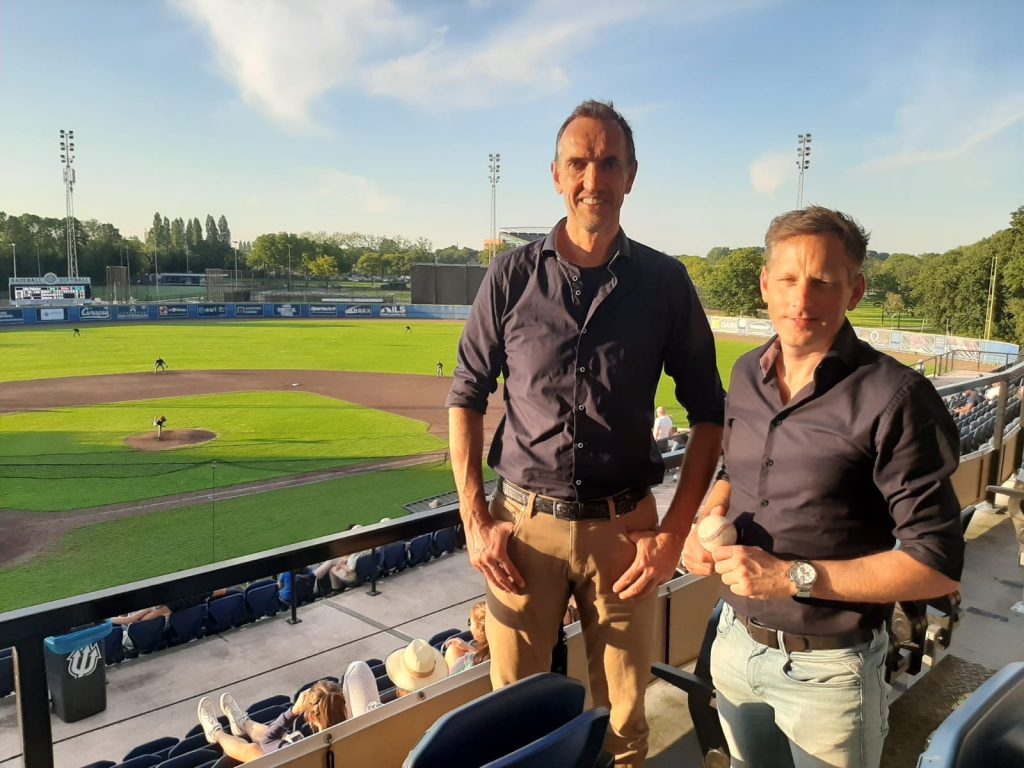 Presently Peter Blange is the new director of regional sports facilitating organisation Rotterdam Topsport, succeeding to Hans den Oudendammer. In this position, he is getting acquainted with baseball thanks to frequent championships won by local topclub Curacao Neptunus, presided by Frans van Aalen since decades.

Second week in Dutch baseball produced a second shut-out victory for experienced pitcher Orlando Yntema in this young season 2020. After 0-7 in Amsterdam versus defending champion L&D Pirates the week before, he was again winning pitcher for Curacao Neptunus in Game Two versus DSS/Kinheim in Haarlem. Their 0-18 result in seven innings meant Neptunus win number 1.200 in Hoofdklasse (regular season games only). Neptunus beat DSS Kinheim all three times: 5-2 in Rotterdam, 0-18 in Amsterdam and 7-0 in Rotterdam. 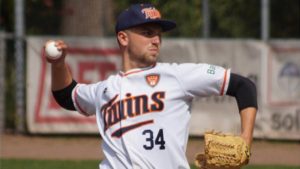 Even more stunning was the shut-out win by Oosterhout Twins on Sunday, when the southern club hosted L&D Amsterdam Pirates: 9-0. Winning pitcher was 20 years young starter Stefan Iannelli, who played first with The Saints Rotterdam and Curacao Neptunus. In order to make innings on Hoofdklasse mounds, he was outplaced by Neptunus management with Twins in Osterhout last year. Initially plagued by injuries, he made only a few starts for Glaskoning Twins. In 2020 he had two outings in first weekend, including a start for three innings on his way to his team’s third victory. Iannelli’s second start versus Amsterdam, however, lasted eight innings, after which he left a 9-0 lead to closer Raf Cocu. Twins batters had scored 1-0 in the second inning, 3-0 in the sixth, 4-0 in the seventh and 9-0 in the eighth inning. Amsterdam batters singled three times and doubled once on young starter Iannelli.

First three games in the Netherlands keep only Twins at 1.000

Family Stadium in Rotterdam with Farewell to Loek van Mil