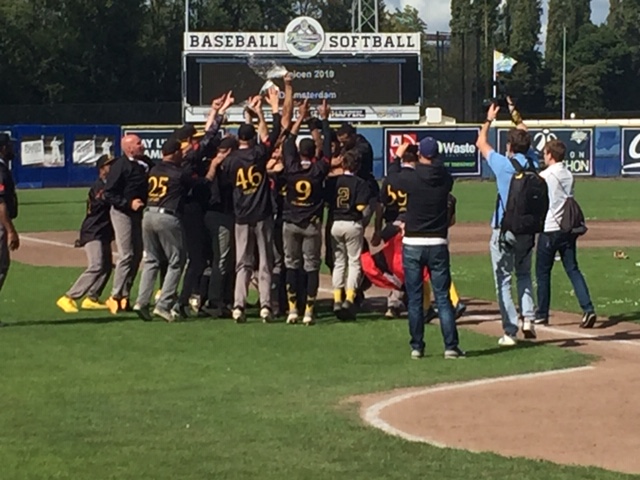 L&D Amsterdam completed its improbable comeback in the best-of-seven Holland Series to win the Dutch Baseball Championship 2019. Down 0-3 after the first three game, the Pirates won four consecutive games against Curacao Neptunus to claim the title. Amsterdam won 6-0 in a one-sided game seven on Sunday afternoon.

It’s the first championship for the Pirates since 2011 and their fifth overall.