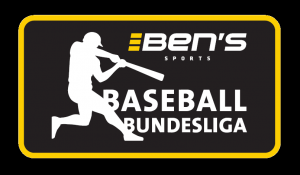 The Heidenheim Heidekoepfe have won the German Baseball-Bundesliga Championship 2020. They swept the best-of-five final series in the Ben’s Baseball-Bundesliga 3-0 against the Bonn Capitals and captured their fifth title in team history after 2009, 2015, 2017 and 2019. In the fourth consecutive final series between Heidenheim and Bonn, the Heidekoepfe prevailed 12-3, 3-0 and 8-3.

Heidenheim overcame an early 0-2 deficit in the decisive third game of the series to beat the Capitals 8-3. A six-run rally in the bottom of the fourth inning decided the outcome. Dutch national team players Mike Bolsenbroek and Lars Huijer were named MVP respective best pitcher of the final series after going 3-0 with a combined 23 strikeouts in the three final games for the Heidekoepfe. Lennart Weller from Bonn was named best batter.

The 2020 season in the 16-team German Ben’s Baseball-Bundesliga didn’t start until the second weekend in August due to the Covid-19 pandemic. Following a shortened seven-week regular season the Bonn Capitals and Untouchables Paderborn in the north and the Buchbinder Legionaere Regensburg and the Heidenheim Heidekoepfe in the sourth reached the playoffs. Bonn and Heidenheim prevailed in their semifinals and met in the finals for the fourth time since 2017.

Kruno Gojkovic back with IT sure Falcons

Results German Baseball-Bundesliga May 29 to June 2, 2019

Results German Baseball-Bundesliga April 30 to May 5, 2019