Board of Dreams big Success at Games Conventions in Italy Mister-Baseball introduced you to the baseball themed board game “Board of Dreams” this spring. We’re keeping tabs on the progress since and kept you in the loop on Facebook. Now the Italy based inventor of the game, Marco Pieri, is on the verge of mass production.

During a couple of games conventions in Italy fans already were able to not only play the game, but also to buy it. The presentation during these conventions in Lucca and other cities were a big success, as up to 19 people were just watching others play according to a report on FIBS.it. Next stop will be on November 24 and 25 at Ludica Roma.

Right now special editions for Boston’s Fenway Park, New York’s Yankee Stadium and Arlington’s Rangers Ballpark are available. Dodgers Stadium in Los Angeles and AT&T Park in San Francisco are planned. An online shop was launched a couple of days ago. However “Board of Dreams” is currently only shipped to customers in Italy. The regular edition costs 25 Euro plus shipping, the Fenway Park special edition costs 28 Euros plus shipping. International shipping is said to come soon. 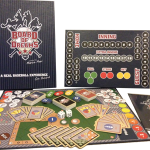 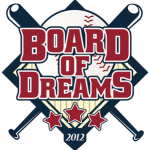 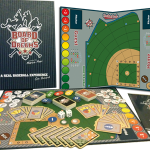 Mister-Baseball reaches out to Clubs and Fans

A Reminder on how you can publish Game Updates on Twitter

Mister-Baseball is looking for Writers

New Poll: What was your European Baseball Highlight in 2009?

New Poll: Who would you like as new IBAF President?

Introduce your Ballpark at Mister-Baseball

New Poll: What is your favorite classic Baseball Movie?