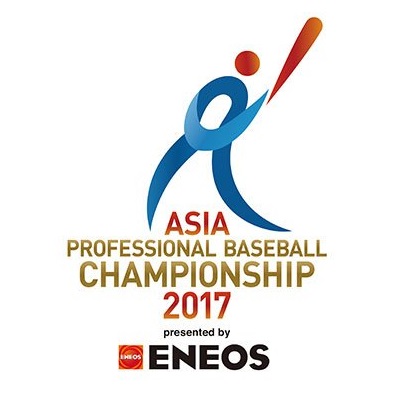 The new Asia Professional Baseball Championship (APBC) sanctioned by the World Baseball Softball Confederation (WBSC) will open next week at the Tokyo Dome and feature Asia’s top-ranked nations — No. 1 Japan, No. 3 Korea and No. 4 Chinese Taipei.

WBSC will live-stream all APBC games at www.youtube.com/wbsc (subject to geo-blocking):

The U-24 ceiling has been set to put the focus on providing more international, high-pressure experience to the three leagues’ top young prospects who could be coming into their primes at the end of the decade, ahead of the II WBSC Premier12® in 2019 and the return of Olympic baseball in 2020. The Asian Games will also be on the 2018 calendar.

For the APBC 2017, teams may carry three players above the age limit on their rosters.

Japanese oil giant ENEOS, a WBSC partner, has been named the official presenting partner of the inaugural APBC.