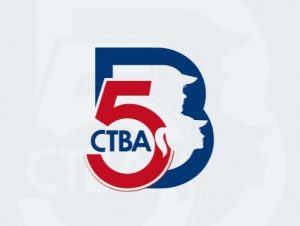 PULLY, Switzerland.– The World Baseball Softball Confederation (WBSC), together with the Chinese Taipei Baseball Association (CTBA), announced today that WBSC and its GameTime media platform will live-stream the inaugural Taiwan Baseball5 Championships. The games, scheduled for 13-14 October, will be available on the GameTime.Sport website and the WBSC Facebook and GameTime Facebook pages, reaching a potential global audience of hundreds of thousands of viewers.

The CTBA also revealed the new logo for the inaugural championship event in the new five-on-five urban discipline. The emblem combines the letter ‘B’ and the number ‘5’ with male and female faces — showcasing the ‘mixed’ nature of the discipline. The colour palette reflects the red, white and blue of the Chinese Taipei baseball and softball international brand.

“Showcasing the Taiwan Baseball5 Championships on the WBSC’s media channels provides another opportunity for fans around the world to witness the skilful and athletic attributes of our exciting, mixed gender, urban sport,”
WBSC President Riccardo Fraccari said. “Baseball5 is exploding in popularity around the world and this latest event will show the reasons why.”

A total of 12 teams participate in the event, six in the U-18 age bracket and six in the Open category.

The Taiwan Baseball5 Championships continues the successful streaming of events on the WBSC’s OTT Channel – GameTime.Sport – including the baseball leagues of Panama and Cuba as well as the Mexican Prospects League.