Highlighting an elite level of baseball being played across the globe, five continents — Asia, Europe, North and South America, and Oceania — are represented within the Top 10 of the WBSC Baseball World Rankings.

The absence of the U.S. in the first two editions of the U-23 Baseball World Cup (2014 and 2016) has been significant in Japan, the current U-23 world champions, maintaining the No. 1 ranking, as Japan earned 1,236 points in these two events.

Baseball’s world rankings weigh a country’s National Team performance in WBSC-sanctioned international competitions (from U-12 to Professional) over a four-year period. Points earned from the World Baseball Classic 2013 have expired.

Marking the nation’s debut in the World Baseball Classic, Israel defeated four Top 10 nations (Chinese Taipei, Cuba, Korea and Netherlands) and finished in 6th Place to advance to No. 19 in the world rankings. Israel had entered the global tournament as the lowest-ranked nation (No. 41).

World Baseball Classic silver medallists Puerto Rico moved to No. 11 in the rankings, while 2013 world champions Dominican Republic fell three places to No. 16. While Puerto Rico and the Dominican Republic have had great success in the World Baseball Classic, their current positions in the rankings also reflect the two Caribbean nations’ absence in wider National Team competitions.

With its highest-ever finish (9th Place) in the World Baseball Classic — and having won the U-12 and U-18 Continental Championships earlier this year — Australia has hit a historical high in the world rankings at No. 8, advancing two spots. Baseball Australia’s previous high was No. 9, which was achieved in 2010.

Colombia has advanced two spots to No. 17 in the rankings. The South American nation won its first-ever World Baseball Classic game (vs. Canada) and nearly defeated the U.S. and the Dominican Republic in the Opening Round, before falling in extra-innings in both contests. Last year, Colombia defeated the No. 2 USA in extra-innings and No. 3 Korea at the U-15 Baseball World Cup, signalling a rise of the Colombian National Teams.

The full rankings and its methodology can be viewed at www.wbsc.org/rankings.

*Tie-Break Methodology for teams with the same record: 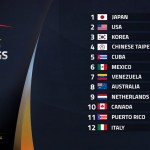 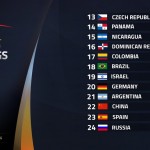 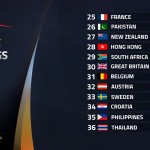 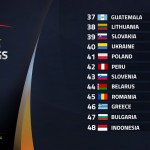 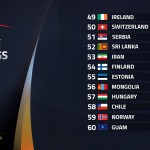 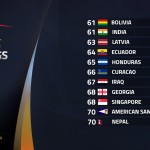