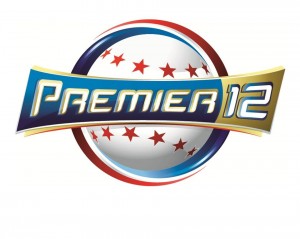 TOKYO. Approaching 100 days to the Opening Day of the year’s top major international baseball competition and Olympic qualifier, sponsorship and ticketing announcements were made on the second edition of the World Baseball Softball Confederation (WBSC) Premier12®, which will feature the world’s Top 12 ranked men’s national baseball teams and run from 2-17 November.

At a highly attended press conference covered by all major Japanese news outlets as well as the nation’s biggest web portal, Yahoo Japan, WBSC President Riccardo Fraccari named luxury Swiss watch brand HUBLOT as the Official Timekeeper of the 2019 WBSC Premier12, with Hublot also to award a special timepiece to the tournament’s Most Valuable Player (MVP). As part of this partnership, HUBLOT will have a major stadium presence and be integrated into the on-screen graphics for the global broadcast feed of 2019 WBSC Premier12. The inaugural WBSC Premier12 generated $131 million USD in brand exposure, with a potential global broadcast reach of 253.7 million households.

“This is a fitting partnership, bringing together an elite luxury watch brand like Hublot with our elite global baseball competition Premier12, which we expect to be one of the top international sporting events of the year in terms of brand exposure, attendance, broadcast reach and social media engagement,” said Fraccari.

HUBLOT CEO Ricardo Guadalupe said: “We have the great honor to partner with this prestigious international baseball competition, the 2019 WBSC Premier12, as the Official Timekeeper for the second time! We wish all the best to the Top 12 countries. We are delighted to be a part of this precious moment that will be engraved in baseball history.”

Japanese convenience store giant Lawson was named the exclusive Official Ticketing Partner for the first phase of tickets sales for the WBSC Premier12 Super Round and Finals, which are being hosted by Nippon Professional Baseball (NPB) and played at Chiba’s ZOZO Marine Stadium and the iconic Tokyo Dome from 11-17 November.

“We must further promote the spread and promotion of baseball by showing the fun, dynamic and powerful play of baseball through the WBSC Premier12, where the 12 most powerful countries will compete,” said NPB Commissioner Atsushi Saito, “and it’s a great honor that here in Japan, the global champion will be crowned.”

“The six best nations in baseball will advance to play here in Japan, so we anticipate unprecedented levels of ticket demand and global viewership for these important games, which will qualify one team — and potentially two — to the Tokyo 2020 Games, where baseball and softball will make their historic Olympic return,” said Fraccari.

It was also announced at the press conference that leading Japanese brands and 2015 Premier12 sponsors ASAHI BREWERIES, LTD., gaming giant GungHo Online Entertainment, Inc. and NISSAN MOTOR CO.,LTD. were again partnering with WBSC for the 2019 edition.

President Kyoichi Sasaki of the iconic Japanese baseball brand SSK, alongside WBSC President Fraccari, presented the Official Competition Ball and Umpire Kit of the 2019 WBSC Premier12, which will be the same top-of-the-line SSK products that will be used at the Olympic Games Tokyo 2020.

“It’s a great honor and great responsibility for SSK to be a unique part of the action on the field, as the WBSC Premier12 will feature some of the most important international baseball games we have ever seen,” said SSK President Sasaki. “We are confident the game ball and umpire kit will be of the highest quality possible for these elite baseball players and umpires in this major global competition.”

Established in 1950, SSK, a WBSC Baseball Global Partner, has evolved into one of the most innovative baseball brands whose products are used by many top professional players and clubs around the world.

Super Round and Finals Ticketing Plan

The first phase of ticket sales for the WBSC Premier12 Super Round and Finals will run 1-31 August (JST) through Lawson’s online ticking platform.

There will be a souvenir giveaway on early-bird (1-31 Aug.) ticket purchases, with the official WBSC Premier12 SSK game ball to be given away free to fans who purchase the first 10,000 tickets to the Super Round/Finals at the Tokyo Dome through Lawson at https://l-tike.com/st1/premier12-tokyodome.

Also during the early-bird period, fans purchasing the first 3,000 tickets to Super Round games at Chiba’s ZOZO Marine Stadium via Lawson at https://l-tike.com/st1/premier12-marinestadium will be given a special WBSC Premier12-branded blanket.

Road to the Super Round and Finals

The II WBSC Premier12 2019 will be staged over 32 games from 2-17 November — with opening rounds in Guadalajara (MEX), Taichung/Taoyuan (TPE) and Seoul (KOR) — and will serve as a direct qualifier for the Olympic Games Tokyo 2020. The major global competition will feature baseball’s 12 best National Teams in the world, including No. 1 Japan, No. 2 United States, No. 3 Korea, No. 4 Chinese Taipei, No. 5 Cuba, No. 6 Mexico, No. 7 Australia, No. 8 Netherlands, No. 9 Venezuela, No. 10 Canada, No. 11 Puerto Rico and No. 12 Dominican Republic. The top two teams from Groups A, B and C will advance to Japan and play in the Super Round.

Tuning up for the WBSC Premier12, it was also announced that the Men’s National Teams of Canada and Japan will play a two-game WBSC-sanctioned series — 31 Oct. – 1 Nov. — at Okinawa Cellular Stadium NAHA, with Japan’s leading energy company, JXTG Nippon Oil & Energy Corporation, named as the presenting partner of the series.