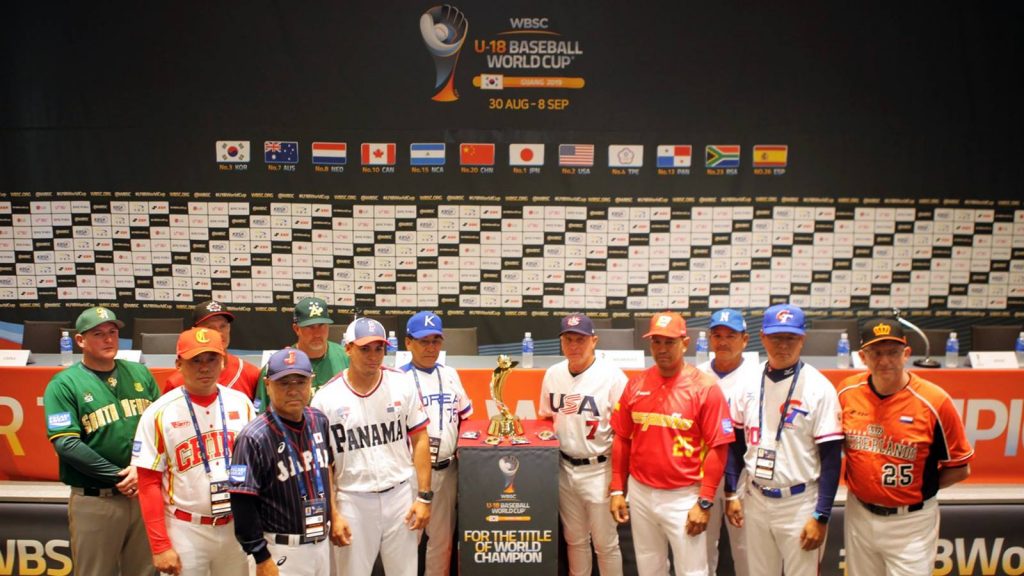 GIJANG, Korea — 29 August 2019 — The World Baseball Softball Confederation today announced that it will produce and live-stream all 50 games of the XXIX WBSC U-18 Baseball World Cup®, which opens tomorrow (Friday, 30 August) with six games at Gijang-Hyundai Dream Ballpark.

WBSC will cover viewers in other countries and territories via its own OTT platform at gametime.sport and the official WBSC YouTube channel at youtube.com/wbsc.

“This U-18 Baseball World Cup will provide a preview of the future of our sport, and some of the players here will become baseball’s next stars,” said Schmidt. “This flagship youth world championship will also be a preview of some of the biggest international baseball events in history: The WBSC Premier12 this November and the Tokyo 2020 Olympics.”

The official website of the WBSC U-18 Baseball World Cup is available in six languages — including English, French, Japanese, Korean, Spanish and Traditional Chinese — at https://u18bwc.wbsc.org.