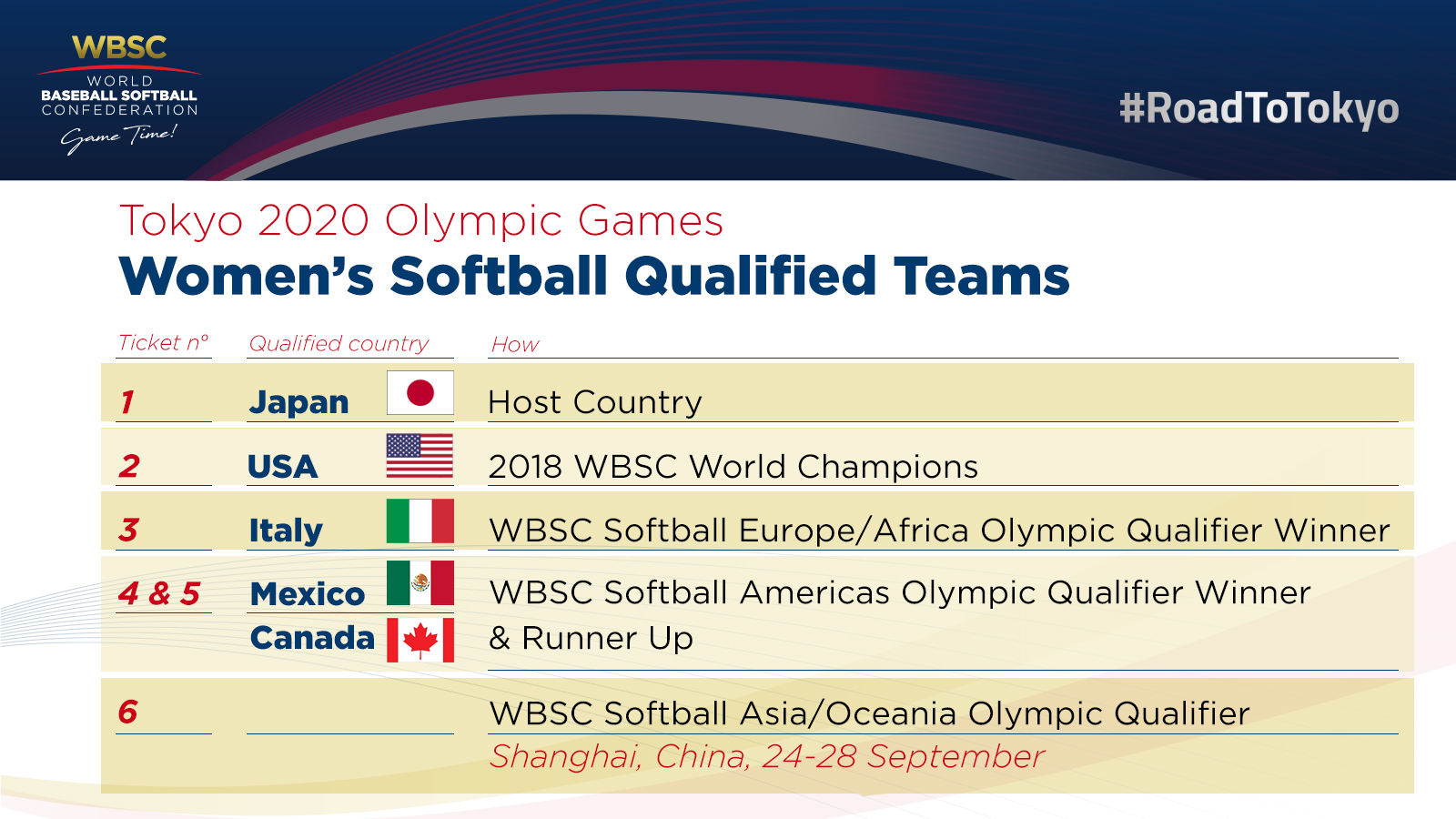 LAUSANNE, Switzerland — 5 September 2019 — The World Baseball Softball Confederation (WBSC) announced today the schedule of the WBSC Softball Asia/Oceania Qualifier, to be held in Shanghai, China, from 24-28 September. The top six Asian teams will face the best two nations from Oceania in Shanghai, with the last spot at the Olympic Games at stake.

The eight participating teams were placed into two groups, after a draw held on Wednesday, 10 July at the WBSC headquarters in Lausanne, Switzerland:

The top-ranked team in the tournament, No. 6 Chinese Taipei, will compete in Group B along with No. 7 Australia, No. 37 Indonesia and No. 42 Hong Kong.

The 12-game Opening Round will be played from 24-26 September. The top two teams in each of the two groups will be rewarded with a place in the Super Round, scheduled to be played on 27-28 September, carrying the result of the game played between each other. The top National Team in the tournament final standings will gain a berth for the Tokyo 2020 Olympic Games.

The six-team Olympic softball competition will be held from 22-28 July 2020. Five teams have already qualified to Tokyo 2020: Japan (host team), USA (World Champion 2018), Italy (winner of the WBSC Softball Europe/Africa Qualifier), Mexico and Canada (the top two squads from the WBSC Softball Americas Qualifier). The winner of the Asia/Oceania Qualifier will join these five nations at the historic softball’s return to the Olympic Games.

The full game schedule of the WBSC Softball Asia/Oceania Qualifier, as well as all tournament information, including rosters, stats and standings, is available at the official website of the tournament.