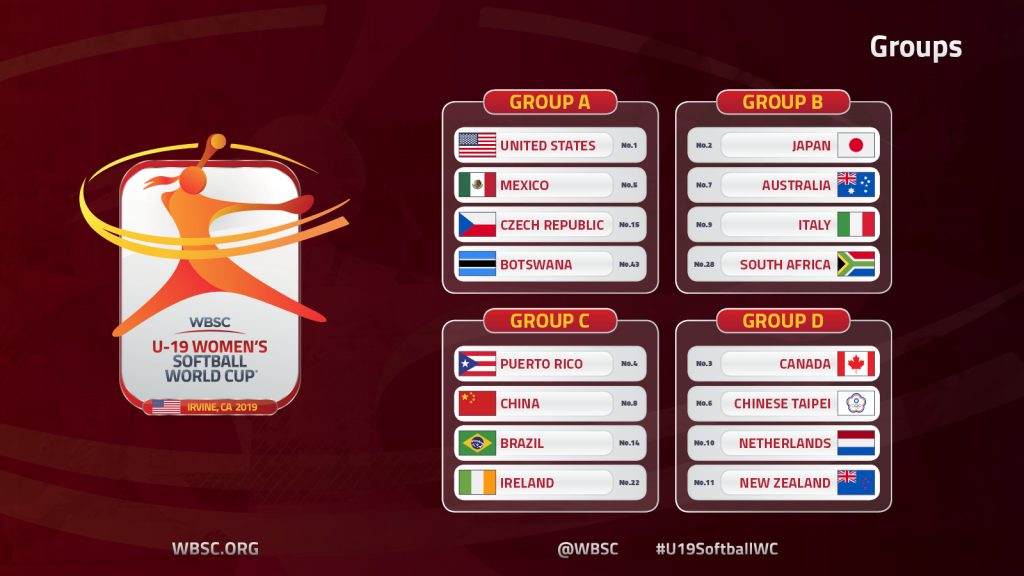 IRVINE, California, USA — 9 August 2019 — The World Baseball Softball Confederation (WBSC) announced today that all 62 games of the WBSC U-19 Women’s Softball World Cup will be live-streamed globally and free-of-charge for audiences. The event will be held in Irvine, California, USA, from 10-17 August.

For the first time, WBSC has partnered with Eleven Sports to broadcast top-level softball content. The international live-streaming platform will show in Italy and Taiwan every game of the World Cup.

Fans in Latin America will enjoy the broadcast through the digital platform AYM Sports, with commentary in Spanish.

In the rest of the world, all 62 games will be available on the WBSC OTT platform, Game Time.

“We expect a record-setting audience for this youth World Cup, with the top U-19 softball nations and female athletes in our sport competing in Irvine,” said WBSC Softball Chairman Tommy Velazquez. “With all 62 games available worldwide, fans will be able to watch the stars of the future representing their countries at the top international competition”.

Last year’s coverage of the WBSC Women’s Softball World Championship 2018 was watched in nearly 120 countries across the world.

The U-19 Women’s Softball World Cup will feature the best National Teams in the world competing For the Title of World Champion. The 16 squads have been drawn into four groups:

The top two teams from each group will advance to the Super Round, carrying the result of the game played between each other. The two nations with the best overall record at the end of the Super Round will play the World Championship Game on 17 August at 2 p.m. You can see the complete game schedule here.

For more information, the official website of the U-19 Women’s Softball World Cup is available in six languages (English, French, Japanese, Korean, Spanish and Traditional Chinese). All tournament information, including rosters, scores, statistics, standings, daily reports and photos for editorial use, will be published through the official website.