SAN DIEGO, Calif. – Edwin Rodríguez gave most of Puerto Rico’s starters the day off, but the bench responded with a relentless hitting attack, and Puerto Rico retained its perfect record in a 13-2 victory over hapless Venezuela. The victors are now 6-0 in the World Baseball Classic and won both Pools D and F.

Ángel Pagán led off the game with a double, setting the pace for an offence that only failed to score in two innings. In the second, Pagán threw out Víctor Martínez at home as he attempted to score on a fly ball to left. Carlos Correa ripped his own two-bagger in the third and scored on an error as Puerto Rico hit a double in each of the first three frames on the way to a 17-hit day.

The game was still relatively close after five. Puerto Rico scored two in the sixth on a run-scoring double by Reymond Fuentes and a RBI-single from Pagán. Rougned Odor finally broke a 17-inning scoreless streak for Venezuela with a monster two-run homer in the sixth, and the 400-foot dinger made the score 5-2.

Puerto Rico would strike back with a vengeance in the seventh, however. The first four batters reached, with a Mike Avilés two-run single and René Rivera’s second double of the game doing most of the damage. By the time the rally was over, five runs had crossed the plate, and Venezuela had clearly lost its punch.

Venezuela surrendered another run in the eighth and Kennys Vargas put an exclamation point on the win by hooking a two-run homer in the ninth for the final runs of the game.

José De León had an electric debut for Puerto Rico. The consensus Top-30 MLB prospect, one of three Top-100 players on Puerto Rico’s pitching staff, had a 50-pitch limit, but made the most of it. De León struck out the first two batters of the game and would add five more before departing after 2 2/3 scoreless innings. The righthander allowed three hits and a walk.

“I’m always following his stats, but this is the first time I’ve had a chance to watch him pitch,” remarked Edwin Rodríguez. “I was very impressed with his fastball, with the command of his secondary pitches, throwing his secondary pitches on any count for strikes. I can see him pitching in the Big Leagues at some point this year, 2017.”

“We were always trying to gain ground from behind, and we didn’t have any advantage in any of the games,” explained Venezuela’s Omar Vizquel. “It was very difficult. I think they were prepared for the mission, and I think they were ready for the positions they were playing in. We tried to provide them with a good experience in good conditions, but we obviously had some players quite hurt and that cost us quite a bit.”

Avilés had a superb game, with four hits and a walk in six plate appearances, driving in three. Pagán had three safeties, while Carlos Correa had a hit, three walks, and scored three times. Reserves Vargas and René Rivera each had a hitting brace with Correa and Pagán the only regular starters.

“One of the qualities of the team is that their profound commitment not only in the pitchers but in all players in position, not only with the game with Italy and the game today, those extras,” noted Puerto Rico’s skipper, Rodríguez. “They played and they obviously showed off quite a bit.”

“I think it speaks for the character of this team how they just come at you every inning like it’s the last, every pitch is the most important pitch of the game,” pointed out T.J. Rivera. “It’s unbelievable the way everybody’s so focused in and trying to pick each other up. What we’ve been able to do is unbelievable.” 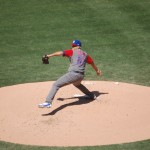 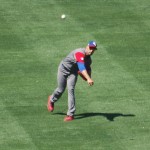 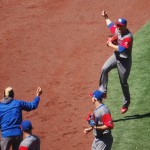 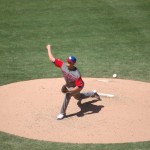 Puerto Rico is the only team from the Americas to win at least four games in each World Baseball Classic, and it will taken its unbeaten record into a Final Round matchup with the Netherlands on Monday. The game will start at 6 p.m. PDT (2 a.m. GMT), and Jorge López will toe the rubber for his second of the Classic for Puerto Rico. Extra Innings will have interviews, live coverage, and photos @extrainnings_bb.