GUADALAJARA, México – Francisco Lindor gave Puerto Rico an early lead over México with a massive two-run homer in the first and the visitors survived a late rally before putting the game away with a four-run ninth. The 9-4 victory left Puerto Rico as the only undefeated team in in World Baseball Classic Group D, all but assuring them of advancing to the second round.

The winners relied on impressive trio of young players, receiving a strong pitching performance from Brewers’ prospect Jorge López and a highlight reel of defensive plays and offensive firepower from Lindor and Javier Báez.

Lindor’s first of two home runs on the day came after an Ángel Pagán leadoff single in the first. The Puerto Rican shortstop’s roundtripper sailed over the billboards in right, easily the longest fly hit to that side in the tournament.

México would also get on the board in the first thanks to an Ésteban Quiroz leadoff walk and hits by Luís Juárez and Brandon Laird. After Laird’s two-out RBI hit, López would only allow one more baserunner in his start.

Miguel González, México’s starter, retired seven in a row after the Lindor blast, but Puerto Rico reached him again in the third after Pagán beat out an infield hit and stole second. Still searching for a MLB contract for the 2017 season, the outfielder was impressive in the game, reaching base three time and scoring twice. This time, it was Carlos Beltrán with the RBI, and the score moved to 3-1.

López continued to deal, frustrating any attempt by México to start a rally in the first half of the game, striking out two in the fourth and setting down the final six batters to face him. In the fifth, Puerto Rico added to its lead on a sacrifice fly by Carlos Correa, who was otherwise quiet in the game. Reymond Fuentes, who had worked a walk and stolen second, scored the fourth run of the game.

López exited due to his pitch count in the fifth, having gone 4 1/3 frames, allowing one run on two hits and two walks, striking out three. He was replaced by Héctor Santiago, who picked up two strikeouts to end the frame.

It was nothing doing in the sixth for Puerto Rico despite a leadoff double by Báez, as Eddie Rosario ran into an out after roping a single into the gap in right centre. Álex Verdugo showed off a cannon of arm as he fired home to prevent Báez from scoring, and Rosario took off for second. A nifty toss by Xorge Carrillo nabbed Rosario by a hair, and reliever Giovanny Gallegos escaped the jam.

Santiago worked a 1-2-3 sixth, snaring a soft liner right back at him, and Lindor showed incredible range in throwing out Adrián González to end the inning. It was one of several nice plays for the dynamic shortstop as he competed with Báez for most replays in the game.

With Gallegos back on the hill in the seventh, Lindor once more crushed a pitch to right field to give Puerto Rico a 5-1 lead. The combined distance of the two homers was well over 800 feet.

The sellout crowd, roughly two-thirds in support of México, seemed to finally sense the urgency of the situation, and helped spark a big rally for the home side in the seventh. Laird laced a double to right centre and scored on an Efrén Navarro single. Navarro would come around himself on a Chris Roberson safety, and Roberson later cross the plate on a wild pitch. The big inning narrowed the margin to 5-4, and México looked like it might have a comeback in it.

After a scoreless eighth for both sides, Joakim Soria came on for México to keep the score at one. He inherited a runner and walked Beltrán, before Yadier Molina plated a run on a RBI-single. At this point seemed only slightly deflated, but up stepped Báez and ended any hope of a comeback for the home team as he launched a three-run homer to left. The four-bagger secured a 9-4 lead, and flamethrower Edwin Díaz closed out the game with a scoreless ninth.

After the game, a clearly frustrated Édgar González observed, “Today’s game, well, it was difficult because we were in the game. I think the players are trying to do too much. They are trying to play good.”

The tone was much different as Puerto Rican manager Edwin Rodríguez answered questions. “They have been waiting for this tournament for four years, and coming in here and not giving 100 percent in one game is inconceivable. They are going to come out tomorrow like if it was the first game in the round. We have very good talent, very good youth.”

Puerto Rico pounded out 13 hits, with three coming from Lindor, who scored three times and drove in as many. Beltrán also had a trio of hits, reaching base four times. Meanwhile, López and the Puerto Rican bullpen did a solid job against México, allowing only seven hits, including two each by Juárez and Laird.

“I want to stay in the present, and I wasn’t trying to hit home runs,” remarked the affable Lindor. “Wherever they go was a plus, was a bonus. I was just trying to get a good pitch to hit, trying to make something happen for my team, get on base, and let Correa, Beltran, Molina, Baez do the job and bring me home.  It was a good day out.”

Puerto Rico will aim to clinch a spot in the second round tomorrow against Italy. The game is scheduled to start at 1:30 p.m. local time, or 7:30 p.m. GMT. The doubleheader will continue with Venezuela and México at 8 p.m. (2 a.m. GMT). Both games, press conferences and more will be live at @extrainnings_bb. 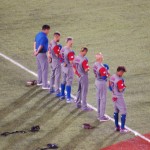 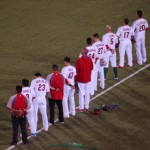 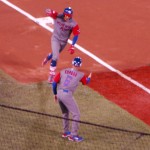 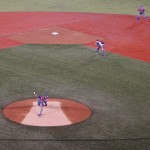