The Tenerife Marlins Puerto Cruz have won the 2012 edition of the “Copa del Rey”, a cup tournament for the best four Division de Honor teams from last year. They defeated CB Barcelona 3-2 in the championship game on Sunday afternoon. An error and a balk led to the two decisive runs in the fourth inning, giving Tenerife a 3-1 lead. Leslie Nacar went the distance, allowing just two unearned runs on five hits in nine innings, striking out seven. Jorge Balboa took the loss. By winning the King’s Cup the Marlins secured a spot in the 2013 European Cup tournaments.

CB Sant Boi finished in third place thanks to a 7-5 victory over CB Viladecans. Six early runs secured the bronze medal. Xavier Civit homered and drove in three. On Saturday Tenerife had dispatched Sant Boi 7-1 behind a complete game gem of Lowuin Sacramento, who struck out 11. Barcelona had defeated Viladecans 5-1. Jose Hernandez punched out 12 in nine two-hit innings to lead the way on the mound. Oscar Angulo went 3-for-3 with a double and a sac fly. The regular season in the Spanish Division de Honor continues next weekend. 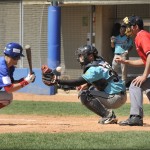 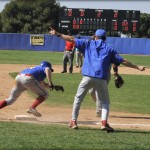 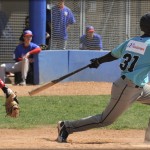