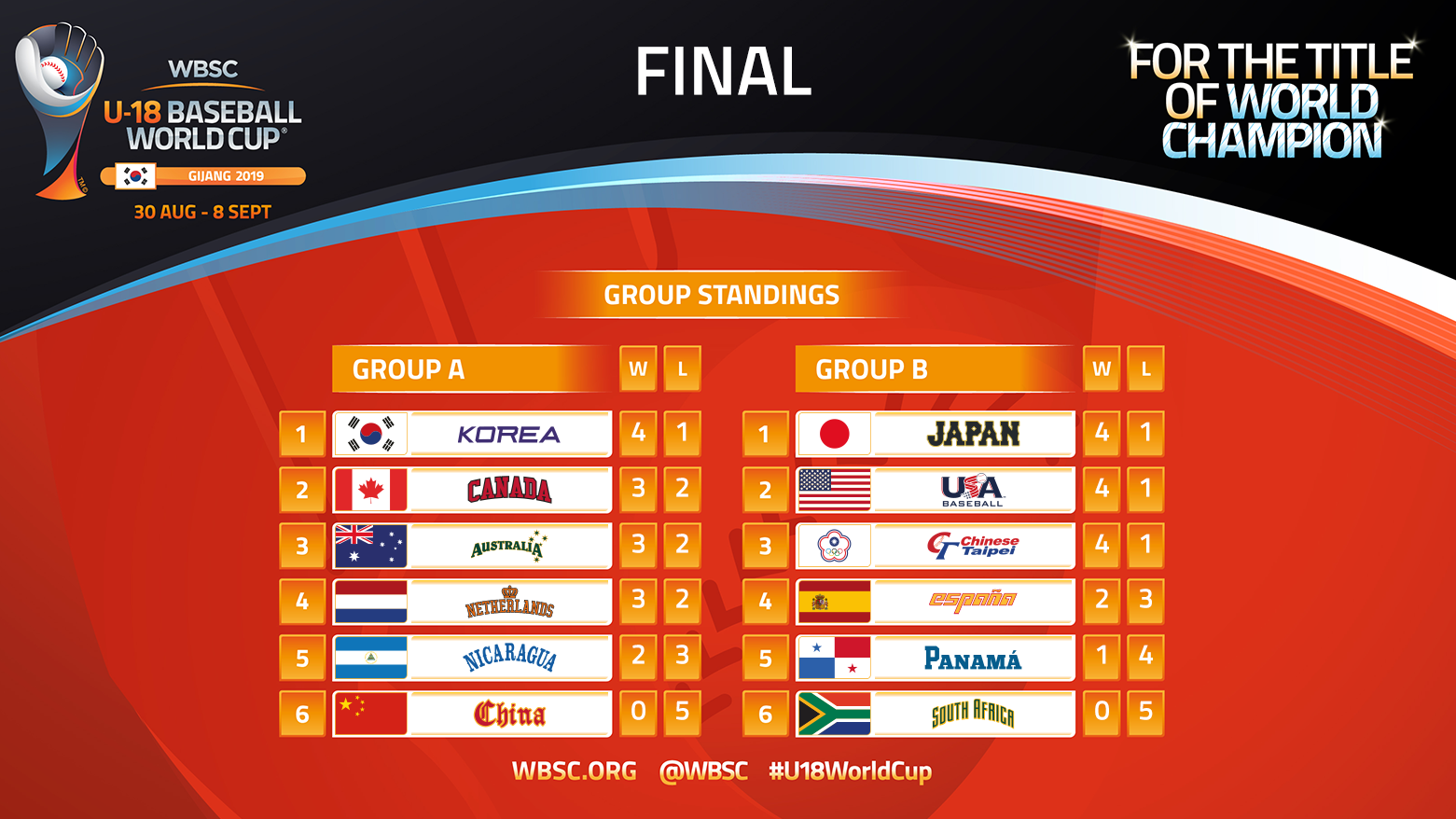 GIJANG, Korea — 04 September 2019 — The World Baseball Softball Confederation (WBSC) today revealed the heavily anticipated Super Round schedule for the XXIX WBSC U-18 Baseball World Cup® — one of sport’s most elite youth world championships — following the conclusion of the 30-game Opening Round at Gijang-Hyundai Dream Ballpark.

Having begun in 2018 with the best baseball players from 38 nations and territories competing in the continental qualifiers, the U-18 Baseball World Cup 2019 is now down to six teams representing Australia, Canada, Chinese Taipei, Japan, Korea and four-time defending U-18 World Champions USA.

Group A winner Korea, along with 2nd Place Canada and 3rd Place Australia have advanced to the Super Round.

Group B winner Japan, 2nd Place USA and 3rd Place Chinese Taipei also advance to the Super Round, to battle the Group A winners head-to-head over the next three days.

The top two teams at the conclusion of the Super Round will compete For the Title of World Champion at Dream Ballpark on Sunday, 18:00.

China, Netherlands, Nicaragua, Panama, South Africa and Spain will compete in the 7th-12th Round.

The road to the WBSC U-18 Baseball World Cup 2019 began with the best young baseball players (15-18 years old) and teams representing 38 countries and territories.

WBSC will live-stream the Super Round on its own OTT platform at gametime.sport and the official WBSC YouTube channel at youtube.com/wbsc (subject to geo-blocking).

The official website of the WBSC U-18 Baseball World Cup is available in six languages — including English, French, Japanese, Korean, Spanish and Traditional Chinese — at https://u18bwc.wbsc.org.