South Africa has announced its roster for the Europe/Africa Olympic Qualifier from September 18 to 22, 2019 in Bologna and Parma, Italy. South Africa won the African Baseball Championship in May and now will face the top five of the European Championship in the Olympic Qualifier. The winner will claim a spot in the 2020 Tokyo Olympics, while the runner-up gets a second chance next spring. The European Championship will be played from September 7 to 15 in Bonn and Solingen, Germany. 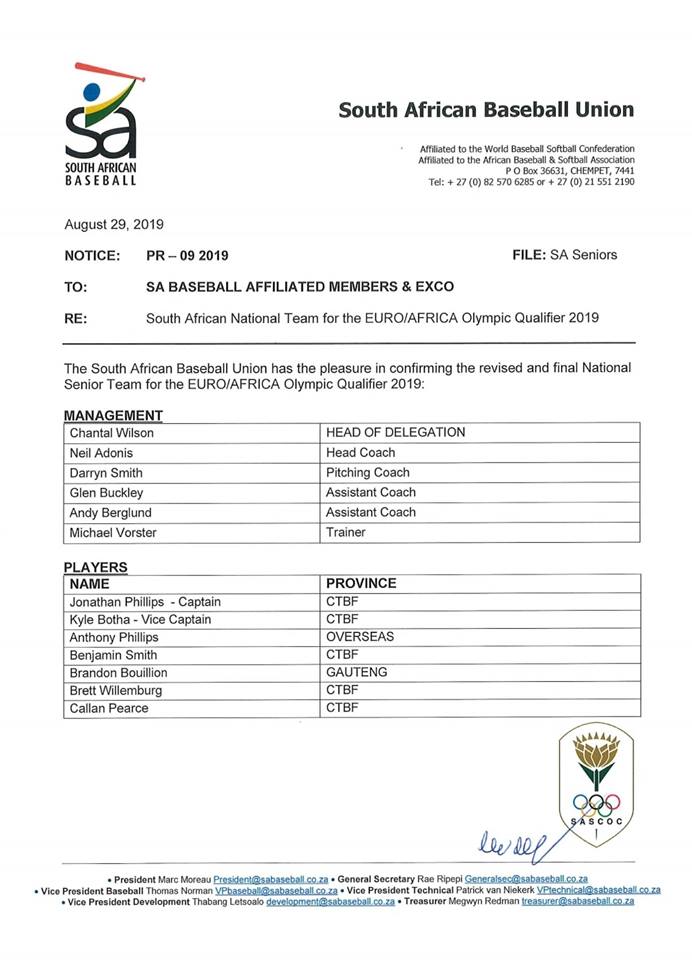 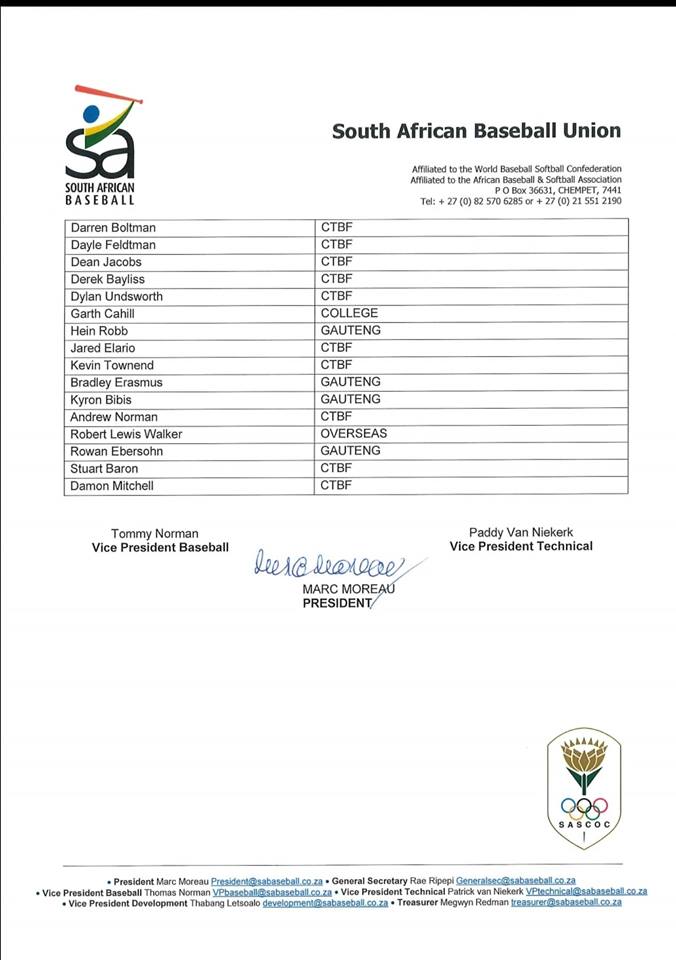