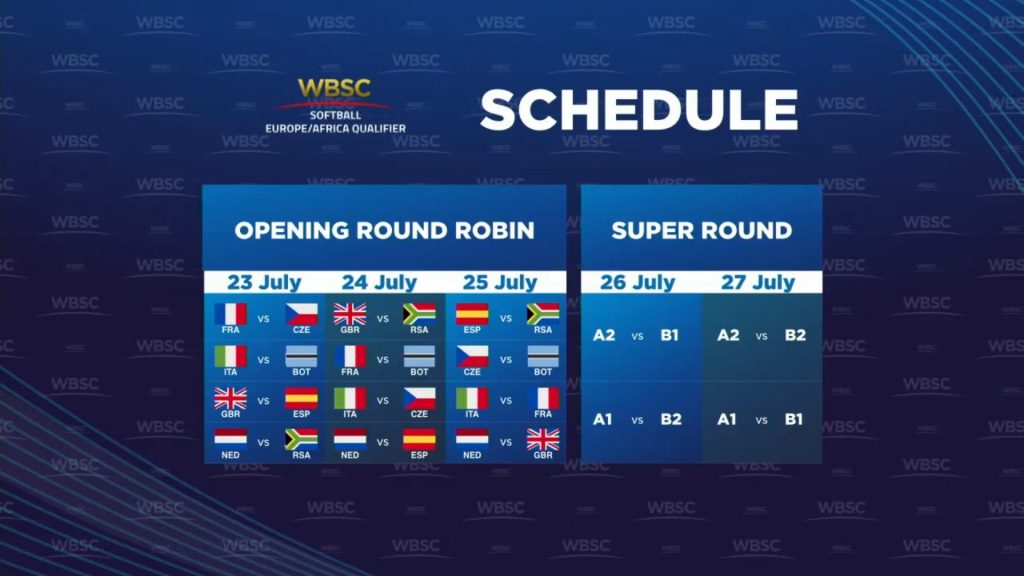 Its decision time for Europe’s softball nations. Just two weeks after the Women’s Softball European Championship in Ostrava, where Italy defeated the Netherlands in the Gold Medal Game, the Softball Europe/Africa Olympic Qualifier is getting played in Utrecht, Netherlands this week. The top six women’s softball national teams from Europe as well as the top two from Africa will battle for one elusive spot in next year’s 2020 Olympic Games in Tokyo, Japan.

From Europe the Italy, the Netherlands, Great Britain, Czech Republic, France and Spain are qualified thanks to top six finishes at the recent European Championship. From Africa South Africa and Botswana will make the long trip to Europe. The eight participants are split into two pools during the preliminary phase. The Netherlands, Great Britain, South Africa and Spain are slotted into Pool A, Italy, Czech Republic, Botswana and France into Pool B. A draw was made at the WBSC offices in Lausanne to determine the seeding.

During the preliminary round a round robin will be played from Tuesday to Thursday. The top two of each pool advance to a super round robin on Friday and Saturday. The team in first place after the round robin will clinch a spot in the 2020 Olympic Games. On day one on Tuesday Great Britain is facing Spain, Italy is taking on Botswana, Czech Republic is squaring off against France and the Dutch team is hosting South Africa.

All games will be live streamed through various platforms and TV stations. Additionally live play by play will be available through www.wbsc.org.