by Bulgarian Baseball and Softball Federation

Sofia Blues made history by winning all three trophies in Bulgarian baseball in 2018. This past season the newly crowned champions of Bulgarian Baseball League also won Cup of Sofia in the capital’s city tournament and completed the unprecedented treble with victory in the open tournament for Cup of Bulgaria.

In the final game the Blues outscored the reigning titleholders Athletic Sofia 12-2 in 8 innings. It marked the third time this year when Sofia Blues ended a decisive game by the Mercy Rule after 11-0 in 7 innings against Athletic in the Cup of Sofia final and 13-3 in 7 innings against Blagoevgrad Buffaloes in Game 4 of the 2018 BBL Championship Series. 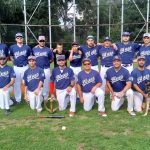 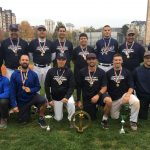 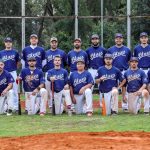