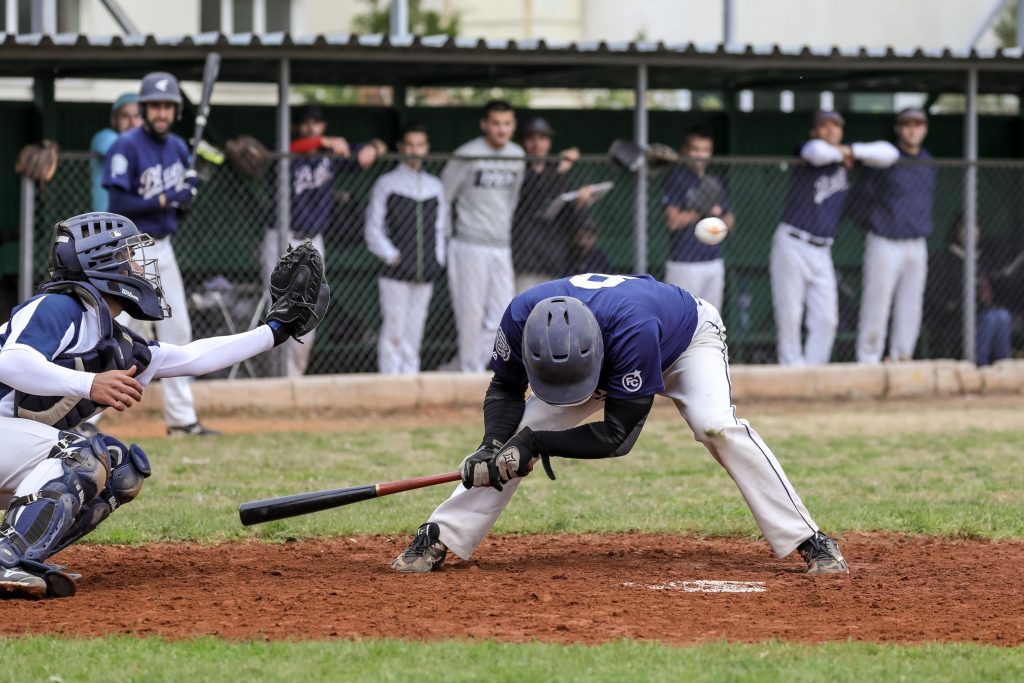 The four-year reign of Blagoevgrad Buffaloes as the permanent baseball champions of Bulgaria has come to an end. Sofia Blues are the new title holders after thrilling finals in the second season of the Bulgarian Baseball League. They won the best-of-five Championship Series in four games against the Buffaloes, closing it out on home soil at Diana Stadium in the Capital city this past weekend.

After splitting the first two games at Porter Field in Blagoevgrad a week earlier, the Blues finished their job in some fashion. They took Game 3 with an easy 8-3 margin on Saturday and prevailed 13-3 in a walk-off style in seven innings in Game 4 on Sunday.

That last game turned out to be almost a one-man show. Dimitar Nassapov (W 1-0) took the mound with a bases-loaded no-out jam in the second inning, trailing three runs to one, and threw six shutout innings of three-hit ball. Meanwhile Nassapov batted 1-for-2 with a solo home run and three walks, including two intentional, and scored four times for the decisive win.

Danail Georgiev hit a couple of RBI-doubles against Teodor Dimitrov (L 1-1) driving in three runs. The second one was a two-out hit in the seventh that bounced the ball off the right field wall and activated the Mercy Rule. Georgi Georgiev finished 3-for-4 with a walk, 3 RBIs and three runs scored and Evgenii Chernozemsky added 2-for-4 with a walk, RBI and two runs scored.

It’s the second time Sofia Blues win the gold medals in Bulgaria after 2013. The Buffaloes though remain untouchable atop of the all-time list with their record 22 championships in the last 26 years.