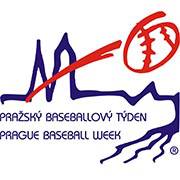 The Prague Baseball and Softball Week is set to commence on Tuesday. It will be a bit shorter as usual, as the tournaments run from Tuesday to Friday. The Women’s Softball European Championship is set to start on Sunday in Ostrava, while the B-Pool European Championships take place from Monday, respective Tuesday in Blagoevgrad and Trnava. As several teams use the Prague Baseball Softball Week as preparation for the tournaments, it needs to close down a bit earlier than usual.

The Prague Baseball Week features eight participants. Belarus, the Czech U23 National Team, John Hopkins University and Russia are slotted into Group A. 3n2 International Stars, Future Stars, Poland and the Stuttgart Reds will make up Group B. Preliminary round play runs from Tuesday to Thursday. On Thursday evening the semi-finals take place, the final is set for Friday at 6pm.

The Prague Softball Week will be played with ten teams. The Czech U19 National Team, Germany, Joudrs Prague, Russia and Sweden will be in Group A, AIST, Austria, Czech U18 National Team, Poland and Ukraine in Group B. Similar to baseball the first round runs from Tuesday to Thursday with the semifinals on Thursday evening. The final will take place on Saturday at 4pm.