Schedule for Europa-Africa Olympic Baseball Qualifier in Bologna and Parma


From September 18 to 22, the Europe-Africa Olympic Baseball Qualifier will be played in Bologna and Parma, Italy. From Europe the Netherlands, Italy, Spain, Israel and Czech Republic and from Africa South Africa will participate. The winner secures a spot in the baseball tournament in the Tokyo 2020 Olympics. The runner up gets a second opportunity at the Final Olympic Qualifying Tournament next Spring. 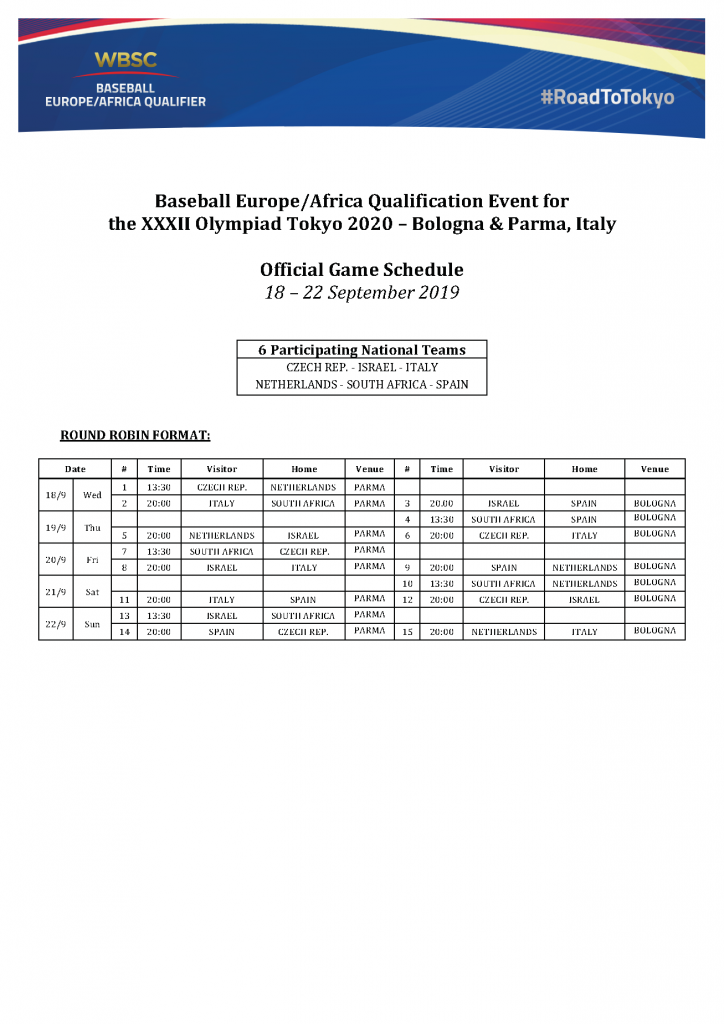