Results KRCANDA European Pony League U16 and U14 (Softball) 2019


26 teams competed in the KRCANDA European Pony League U16 and U14 tournaments in softball, which got played last weekend in Prague, Czech Republic. The Players Softball Team from Russia won the U14 category. Holland celebrated the title in the U16 event. As in Baseball both teams will represent European softball in the Pony League World Series in the United States later this summer. 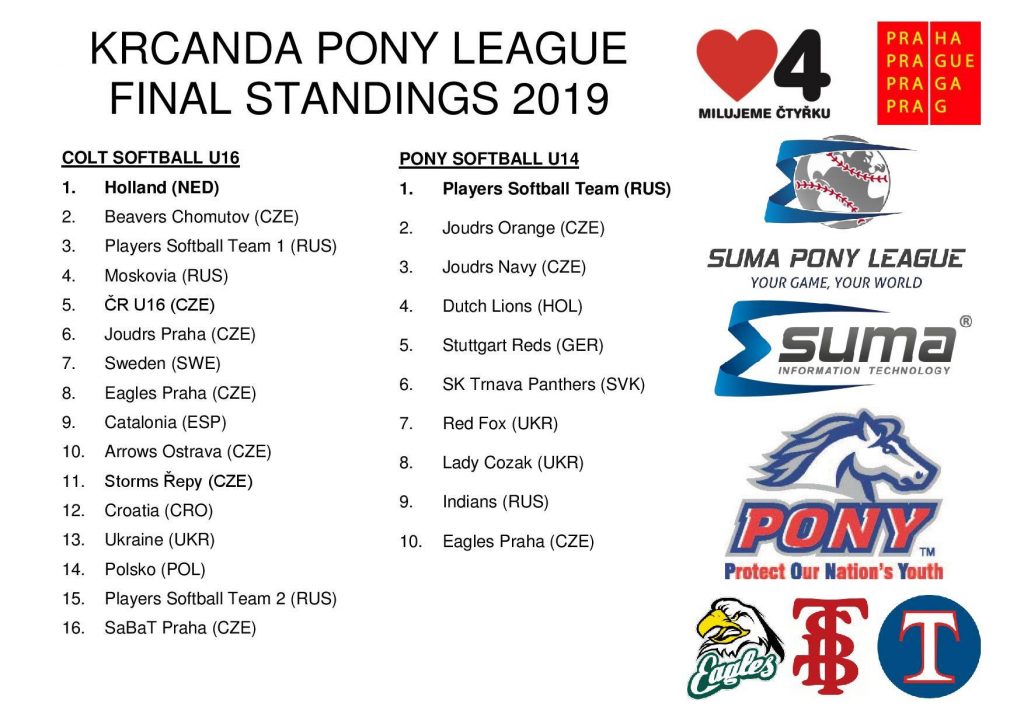