In the Italian Serie A1 Baseball six games were played on Friday and Saturday. San Marino Baseball defeated Sipro Nettuno Baseball City in both ends of their road trip. On Friday Carlos Quevedo struck out nine in six scoreless three-hit innings followed by a perfect five-strikeout outing of Andres Perez. An error gave San Marino two runs in the first, which were enough for a 2-0 win. On Saturday San Marino prevailed 7-3 thanks to five runs in the seventh and eighth. Jose Flores homered and drove in six of the seven San Marino runs.

Unipol Bologna meanwhile edged out Parmaclima 3-1 and 11-9 to improve to 6-0 for the season. On Friday Bologna broke a scoreless tie in the seventh to secure the victory. Nicholas Nosti and Alessandro Vaglio hit home runs. Owen Ozanich took his first loss since transferring to Italy. On Saturday Bologna scored six runs in the last three innings to claim the win. Nosti added four hits and four runs. Sebastiano Poma, Charlie Mirabal and Alex Sambucci hit home runs in the losing effort.

The Rangers Redipuglia swept a doubleheader 9-3 and 5-4 against Autovia Castenaso on Saturday. In game one Jose Escalona pitched seven strong innings, allowing just one run. Renzo Martini and Anderson Hidalgo went a combined 6-for-11 with two home runs and five RBI. In game two a rally by Castenaso with three runs in the bottom of the ninth fell just short. Eduard Pirvu impressed with nine strikeouts in seven innings, conceding just an unearned run on five hits. 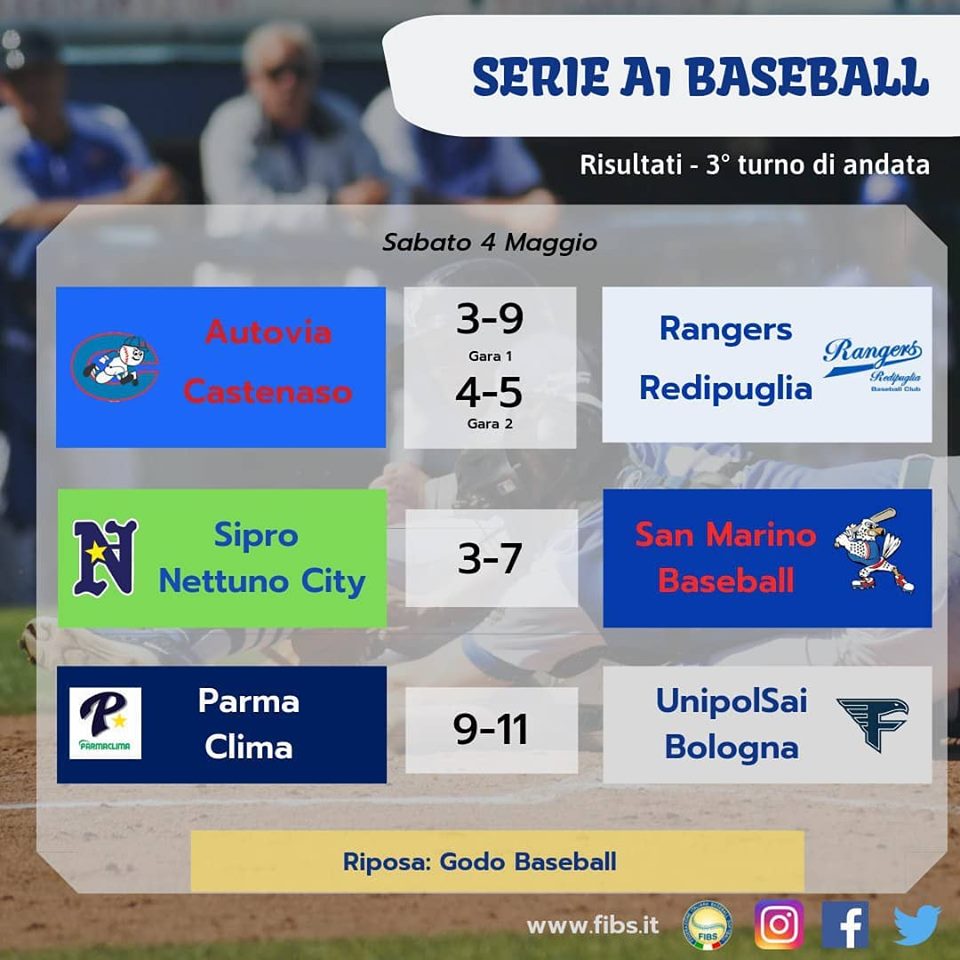