BK Zagreb – Nada SSM Split 5:11
In the afternoon game BK Zagreb hosted Nada SSM – Split where Marin Tadic dominated on the mound for 5 innings, in the 6th inning a couple of errors by Nada SSM – Split managed to make this game interesting when BK Zagreb made 5 runs, Split team changed Tadic for Ivica Anic as new pitcher on Split roster who stopped the Zagreb bats and easy took this game to the end and his first save in Split jersey.

Only game on the Sunday schedule was more interesting than anybody expected. Young team from Novi Zagreb with Mateo Pus on mound played a good game and suprised Nada SSM – Split for 5 innings (3:2), but that was all from them, Split starter Matko Dabo stopped them on those 3 runs and Ivica Anic easily save a game. 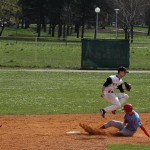 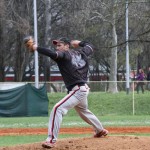