New President, Executive Board for German Baseball and Softball Federation 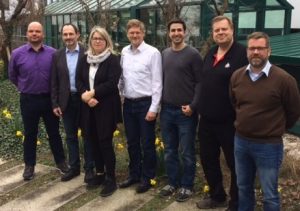 Juergen Elsishans is the new president for the German Baseball and Softball Federation (DBV). He is succeeding Mirko Heid at the helm of the DBV, who was not running for a third term. Elsishans was already on the executive board as a vice president.

During the general assembly of the DBV on Saturday, March 9 he defeated Martin Nixdorf during the election. He is also second vice president and chairman of the technical commission for the Confederation of European Baseball (CEB).

Also elected to the executive board of the DBV were Uwe Sacherer, Markus Pollmeier, Nicole Broziewski, Tobias Dietrich and Oliver Rossius.