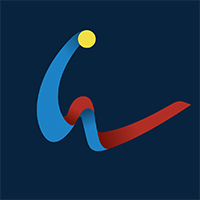 51 games were played from Sunday to Tuesday afternoon at the Women’s Softball European Championship in Ostrava, Frydek-Mistek, Zory and Rybnik with 23 teams in the preliminary round. The Czech Republic, France, Italy, Spain, the Netherlands, Ireland, Great Britain and Greece advanced to the round of the Top 8, crucial as only the Top 6 will advance to the WBSC Europe-Africa Olympic Qualifier in Utrecht later in July.

The Czech Republic, Italy, Netherlands and Great Britain remained undefeated and have the best shot at the Top 6. Germany barely missed the Top 8, losing to Greece on a walk-off 3-run home run with one out in the bottom of the seventh on Monday. Israel lost to Spain in similar fashion through a walk-off double in the seventh in another crucial matchup in round one.

Standings after First Round:

The Women’s Softball European Championship continues through Saturday. Play by play is available through competition.europeansoftball.org. Live streams from the Top-8 round will be available through www.baseballsoftball.tv.