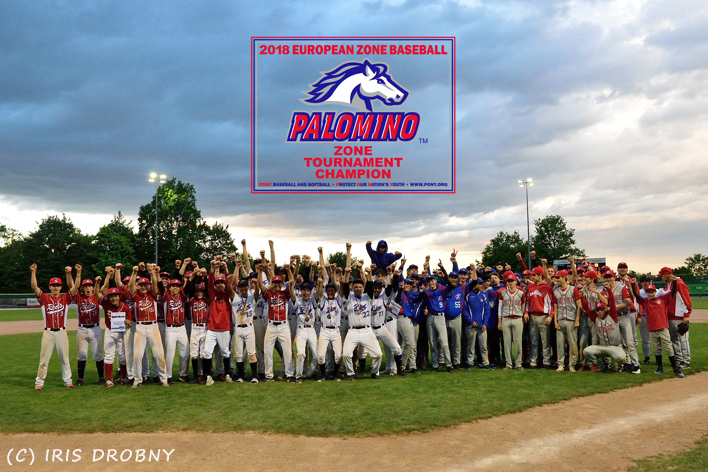 A couple of days ago, during PONY’s annual Board of Directors Meeting, it was announced that the 2019 Palomino World Series in Laredo, Texas would be expanding from an eight-team tournament to a 10-team tournament. The Board decided to award one of the two new automatic qualifying bids to the PONY Palomino European Zone Champion.

“This is a significant step forward to provide additional opportunities for our members in Europe,” said Abraham Key, PONY Baseball and Softball President & CEO. “European baseball is progressing, as witnessed by their Colt League World Series championship in 2017, and we are excited to take this next step in our commitment to baseball in Europe.”

World Baseball and Softball Confederation President (WBSC) Riccardo Fraccari praises PONY’s position to include a European champion in the Palomino World Series because of the positive impact it can have on the sport’s world-wide expansion.

“WBSC welcomes PONY’S expansion of the Palomino World Series, which strongly reflects baseball’s growing number of elite players and clubs in Europe, and around the world,” said Fraccari. “PONY is one of the premiere youth sports bodies in the world, and with committed WBSC members like PONY, baseball will continue to evolve into one of the world’s major global sports.”

“It is a big step for PONY League Baseball within Europe,” said Bagin. “It proves that level of baseball is growing, and we look forward to seeing the first-ever Palomino World Series European participation in 2019. I am sure that it will be great baseball and also a cultural experience for European players and coaches.”

Following a successful inaugural tournament in April, the Stuttgart Reds of Stuttgart, Germany will once again host the 2019 Palomino European Zone Championships, which will be held May 1-5. Tournament Chairman André Fink believes the title winner receiving a qualifying bid to the Palomino World Series will garner the Palomino European Zone Championships more prestige within Europe; thus, attracting high-quality and more teams wanting to participate.

“PONY’s decision to not only continue the Palomino 18U European Zone Tournament on the site of Stuttgart Reds in Germany, but to upgrade this tournament to a qualifier for the World Series, confirms the high-level of baseball and the quality of the tournament itself,” said Fink. “The Stuttgart Reds are very proud about this nomination. It is a great honor for our club, our city and our country to be selected as the host for this tournament.”

Thanks to the decision by the PONY Board, Fink believes the Reds will be able to grow the Palomino European Zone Championships from six to eight teams in 2019.

“After our great success in 2018, we have had numerous applications for 2019 already, right after the tournament,” Fink continued. “National teams are taking the occasion to play in this Palomino tournament, besides the [Confederation of European Baseball] European Championships, which only take place every two years.”

This past April, the Paris University Club won the first-ever Palomino European Zone Championships. The French finished the four-day, six-team, round robin tournament with a 4-1 overall record. Paris University Club brought home a banner because it owned the tie-breaker over the 4-1 London Mets, following Paris’s 10-7 head-to-head victory on day two.