Team Europe battled Korea to a 9-9 tie in their first game in Taiwan on Saturday. The back and forth game ended in a draw in accordance with the Asian Winter League’s rules. Korea jumped out to an early lead off of starter Lars Huijer. Owen Ozanich (3 IP, 0 R, 0 BB, 4 K) kept Europe in the game until Kevin Weijgertse homered to tied the game in the seventh inning. Team Europe plays again Sunday afternoon in Taichung versus Chinese Taipei.

Team Europe dropped their second game of the 2015 Asian Winter League by a final score of 5-1 against Chinese Taipei. Maickel Rietel started for Europe and took the loss. Chinese Taipei’s pitching staff did a good job of quieting Europe’s offense. Europe has it’s work cut out for them on Monday as they will face NPB (Japan). The two teams will head from Taichung to nearby Douliou Stadium (15,000 capacity). Game 3 starts at 6 PM in Taiwan, (11 AM in Europe). 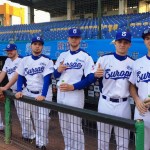 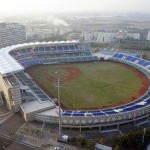 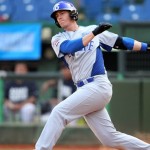 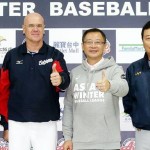