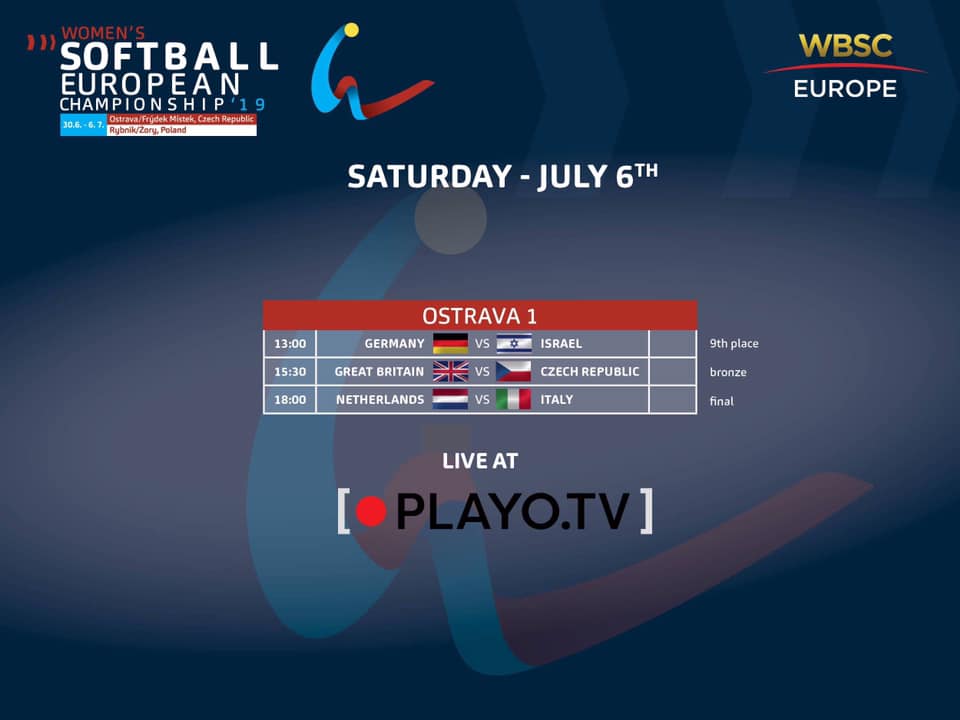 With day six being over, we now officially know who will play for the gold medal tomorrow at 18:00.

The day started off with several placement games. A remarkable one was the only tie breaker of today, between Belgium and Austria.  Up until the sixth inning, the Belgians were having quite a hard time as they weren’t able to score any runs, while team Austria led the game by 0-5. However, in the bottom 7th inning the Belgians start to fire up and tied the game 5-5 which means they had to go for extra innings. In the eighth inning, the Austrians managed to get two more runs in and defeated team Belgium.

Today’s quickest game was played in three innings, where Slovakia beat Hungary with a 17-0 score. This put Slovakia on the 19th place of this tournament, while Hungary ended 22nd.

The game between Great Britain and Italy was probably the most important game of the day, as it was basically the semi-final of this tournament. Whoever would win that game, would advance to tomorrow’s final. The Italians started off their offensive game with a homerun by Amanda Fama. From then on, Italian pitchers Greta Cecchetti and Marta Gasparotto kept making it hard for the British, as they were not able to score any runs. The game ended in the fifth inning with a 7-0 win for Italy.

Host team the Czech Republic had to take it on against the so far undefeated Netherlands. After a 2RBI triple by Damishah Charles and another RBI single by Virginie Anneveld, the Dutch took a 3-0 lead in the third inning. However, in that same inning Czech Eva Rendlová hit it over the fence, good for a 2 RBI homerun in the bottom third inning, which means the Czechs were getting close. The Dutch felt the danger and decided to do something about it. They batted in some more runs and went home with the 6-2 win.

Tomorrow’s final three games will be between Germany and Israel (9th place), Great Britain and the Czech Republic (bronze medal) and the final of this tournament will be played between the Netherlands and Italy. All games on the final day will be streamed live at baseballsoftball.tv.