Lithuania, Israel face off in European Championship Playoff in Utena this Weekend


This coming weekend the last spot at the European Championship in Bonn and Solingen, Germany (September 7 to 15, tickets available at www.baseball-em.de) will be determined, as Lithuania is hosting Israel in a best-of-three playoff series in Utena, Lithuania. From Friday to Sunday, one game each will be played at 2pm with the potential rubber match set for Sunday.

The winner will be placed into Group A at the European Championship, facing defending champion Netherlands, host Germany, Czech Republic, Sweden and Great Britain. 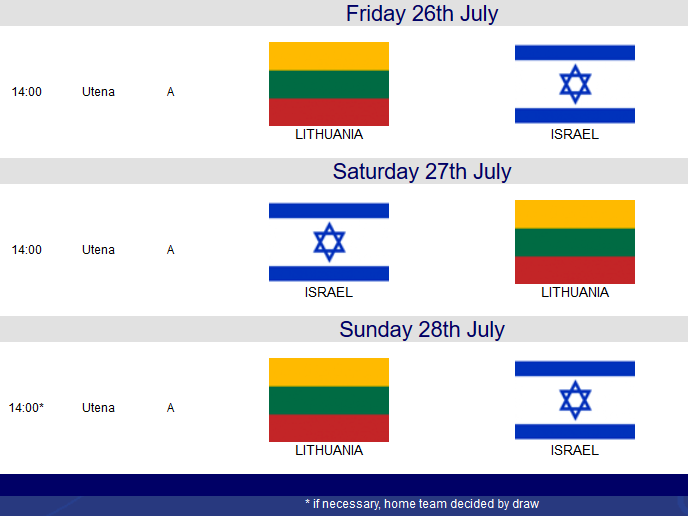 Live play by play will be available at www.baseballstats.eu.