By Swedish Baseball and Softball Federation

When the Swedish Women’s U19 Softball Championships were decided, the finalists were the same as in the Women’s Adult Championship – Leksand and Enköping. And just like the adult team, Leksand Lumberjacks were victorious, claiming the U19 Gold after beating Enköping 20-8 in the final game.
The U19 championship was decided in Skövde, Sweden, with five participating teams playing in a round robin over Saturday-Sunday before the final game on Sunday afternoon.
Karlslund won the bronze, Söder finished 4th, and the hosts Skövde finished in 5th place.
Julia Wiklund, Leksand, went 2 for 2 in the final with a grand slam homerun, 5 rbi’s and two walks to claim the Most Valuable Player trophy.
Photo credits: Bosse Wiklund (MVP picture), Kristian Pälviä (others) 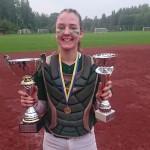 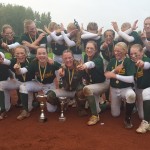 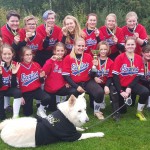 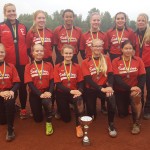