The 2018 Holland Series between L&D Amsterdam and defending champion Curacao Neptunus Rotterdam starts on Thursday at 7.30pm in Amsterdam. Game two, six and seven will also be played in Amsterdam. Rotterdam will host the best-of-seven series for games three, four and five. The games of the Holland Series will be broadcasted via 360 Sports Intelligence on Honkbalsite.com. The same live stream system of the Honkbalweek Haarlem will be used. 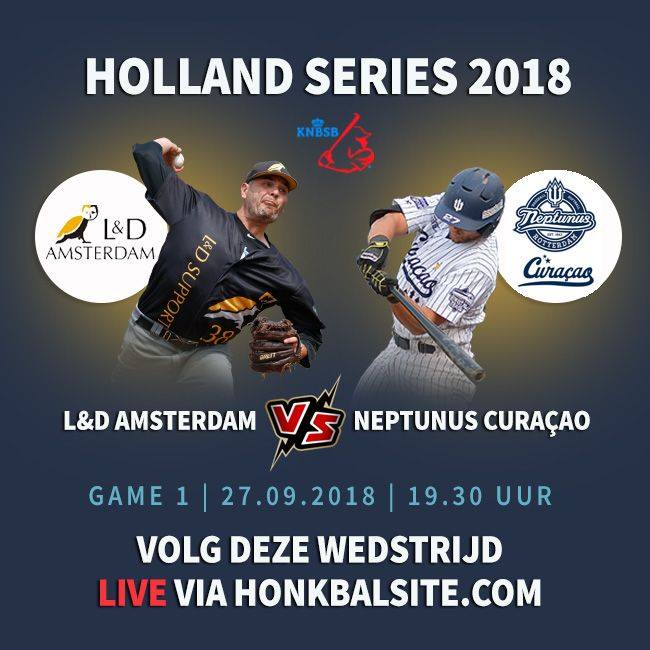