LAUSANNE, Switzerland; 30 January 2020 — The World Baseball Softball Confederation today announced the groups, schedule and location of the WBSC Baseball Americas Qualification Event for the Games of the XXXII Olympiad Tokyo 2020. Hosted by USA Baseball, the qualifier will be staged in Surprise and Tempe, Arizona, USA, where eight nations will compete for an Olympic spot over 16 games.

After group play concludes, the top two finishers from each group will advance to the Super Round, where they will each play two games. Head-to-head contests among these teams from the opening round will carry over into the Super Round standings.

The team with the best Super Round record will be declared the winner and become the fifth National Team to advance to the baseball tournament of the Tokyo 2020 Olympic Games, joining world No. 1 Japan, No. 3 Korea, No. 5 Mexico and No. 18 Israel.

The runner-up and the third-place team in the Americas Qualifier will play the Final Qualifier, scheduled from 1 to 5 April in Taichung and Douliou City, Taiwan. They will compete for the sixth and final spot in the Tokyo 2020 Olympic Games, along with No. 4 Chinese Taipei and No. 20 China, who both qualified through the Asia Championship, the runner-up from the Europe/Africa Qualifier, No. 8 Netherlands, and No. 7 Australia, the Oceania representative.

Surprise, Arizona, is located approximately 45 minutes northwest of downtown Phoenix. Surprise Stadium is the Spring Training home of the Kansas City Royals and the Texas Rangers. It opened in 2002 and has a seating capacity of 10,714. It was rated as the top Spring Training facility in Arizona by USA Today.

Diablo Stadium — located in Tempe, in the East Valley of the Phoenix Metropolitan Area — is the Spring Training home of the Los Angeles Angels. The 9,558-seat facility opened in 1969 and was renovated in 2002.

The official website of the WBSC Baseball Americas Qualifier has been launched at olympicbaseball.wbsc.org. 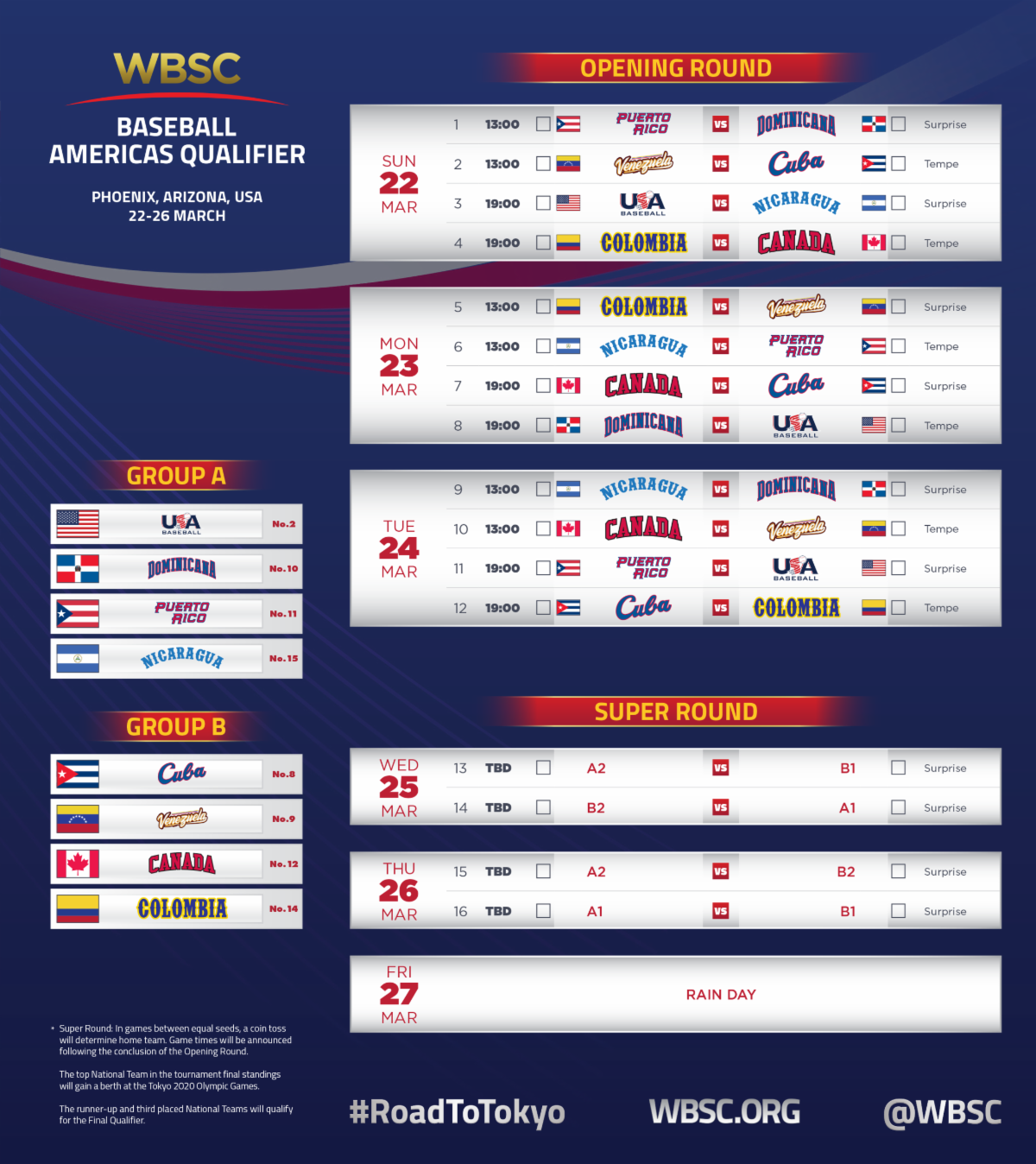