The French Baseball and Softball Federation released its roster for the 2019 European Championship in Bonn and Solingen, Germany on Thursday. 24 players were nominated including Owen Ozanich of Parmaclima, who suffered a gruesome injury during the European Champions Cup, as well as Andy Paz, Frederic Hanvi and Dan Camou. France is already in Bonn since Wednesday following the Yoshida Challenge. 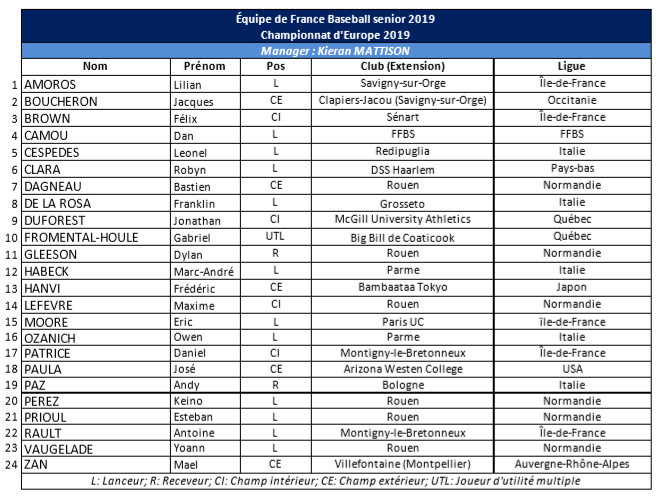