The French Baseball and Softball Federation (FFBS) has announced a 28-player roster of the French National Team for the upcoming Yoshida Challenge, which will serve as preparation for the European Championship in Bonn and Solingen (September 7 to 15, tickets available at www.baseball-em.de). Manager Kieran Mattison nominated 14 pitchers, three catchers, seven infielders and four outfielders for the five games against Japan from August 28 to September 1. 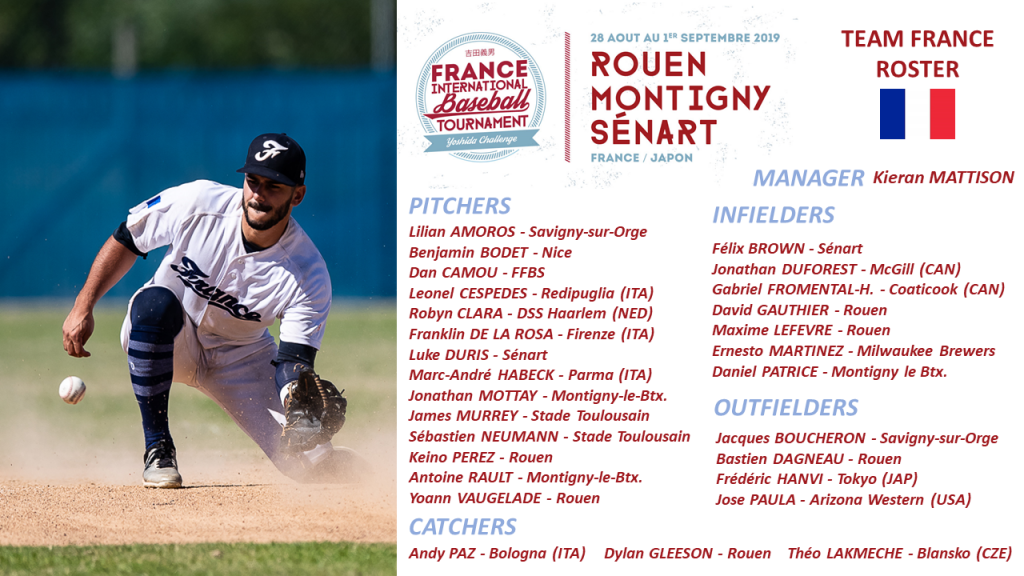