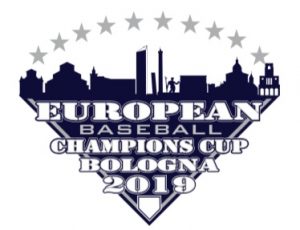 Day two at the European Champions Cup 2019 in Bologna and Castenaso, Italy featured four lopsided games. In the morning Curacao Neptunus Rotterdam overcame an early 0-4 deficit against the Bonn Capitals and won 14-4 in seven innings. An eight-run fifth inning turned the game around. Five players scored twice for Rotterdam.

L&D Amsterdam then followed in the footsteps of their Dutch rivals and also claimed their second win in the tournament. They crushed the Deurne Spartans 17-0 in five frames. A nine-run second inning blew up the score early. Delano Selassa went 4-for-4 with a home run, three runs scored and four RBI.

In the evening Unipol Bologna celebrated a 16-4 win over Arrows Ostrava. Even though Ostrava took a 3-0 lead in the top of the first, Bologna dominated the contest, scoring runs in each of the first five innings. Jose Ferrini and Osman Marval combined for ten RBI. Nicholas Nosti had four hits and four runs. 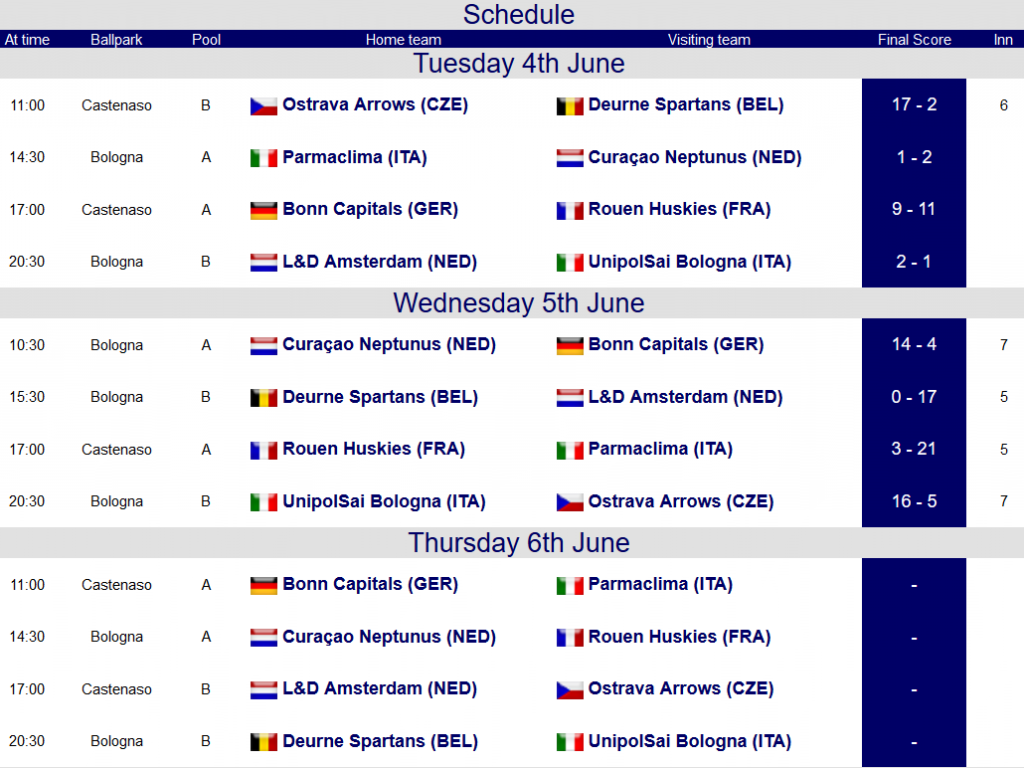 Live play by play, statistics and the full schedule is available through www.baseballstats.eu.