Only two teams are left standing in the race for Europe/Africa’s spot in the 2020 Tokyo Olympics in Softball. Great Britain will face Italy in a meeting of undefeated teams at the Europe/Africa Softball Olympic Qualifier in Utrecht, Netherlands on Saturday. The winner of the Saturday game will clinch a ticket for the Olympic Games. 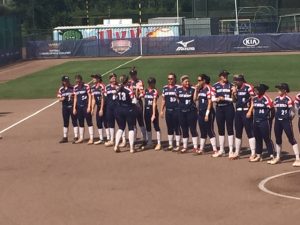 On Friday the Super Round started with Great Britain defeating the Czech Republic 4-2. Single runs in the third, fourth, fifth and sixth helped the British team to prevail over a strong Czech team. The Czech Republic tried to come back in the sixth, but only managed to cut the deficit to a single run. But GB countered right away to secure the win. Georgina Corrick went the distance to keep the Czech at bay. Veronika Peckova got charged with the loss. 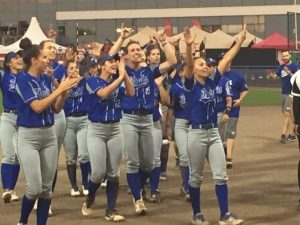 In the evening Italy won against rival Netherlands by a score of 7-4. They erased an early 0-4 deficit after the top of the first in the process. Italy scored four runs in the second to take the lead. The Dutch team couldn’t score again after the early outburst. Amanda Fama and Laura Vigna went back-to-back with home runs. Emily Carosone drove in three for Italy. Dinet Oosting collected three hits for the Netherlands.

Complete coverage of the Europe/Africa Softball Olympic Qualifier 2019 can be found at www.wbsc.org.