The long-awaited Europe/Africa Softball Olympic Qualifier for the Tokyo 2020 Summer Olympics started on Tuesday with four games in Utrecht, Netherlands. Only the winner will advance to the Olympic Games. 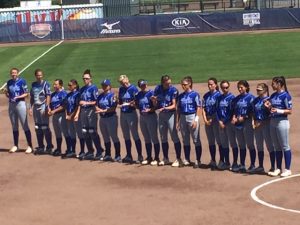 In Group B Italy shut out Botswana 7-0 in five innings. Greta Cecchetti and Ilaria Cacciamani combined in five perfect innings, while striking out 13 of the 15 batters they faced. Laura Vigna homered and drove in three on offense. Onneetse Seth got charged with the loss.

Also in Group B the Czech Republic scored five runs in the fourth of a 6-1 win over France. Veronika Peckova struck out nine in five one-hit, two-walk innings. Martina Blahova earned the save. Veronika Klimpova went 3-for-4 with a triple and two RBI. Kimane Rogron had two hits for France. Charline Gartner took the loss. 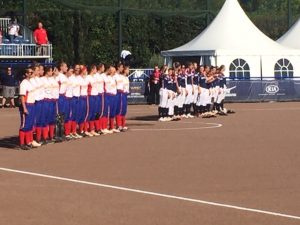 In the evening host Netherlands defeated South Africa 11-1 in four innings in the second Group A matchup of the day. It also was the second no-hitter of the day, as Ilona Andringa issued just an unearned run in four innings, striking out five. Dinet Oosting and Virginie Annefeld had three RBI apiece. Britt Vonk scored thrice.

All information about the Europe/Africa Qualifier can be found at www.wbsc.org.