During the annual ESF Congress in Vilnius, Lithuania draws were made for the Women’s, Men’s and U15 Women’s European Championships 2020. The Women’s Softball European Championship will feature a new format, where the top eight from the 2019 Euros are already qualified for the second round. From the four groups of the new first round, the winners will be drawn to the top eight to form two groups of six in the second round. After a round robin the top three of each pool will advance to the Top 6 and play for the medals. 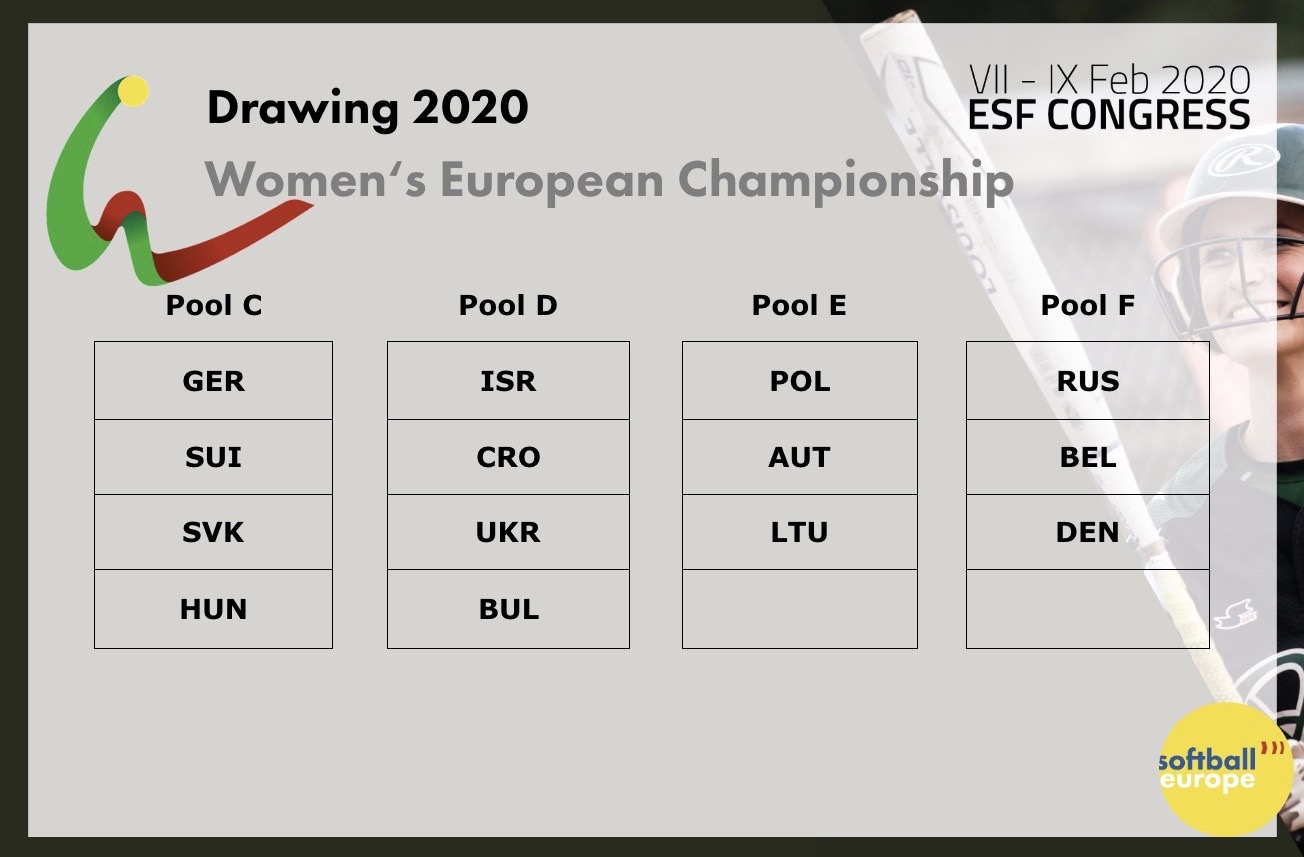 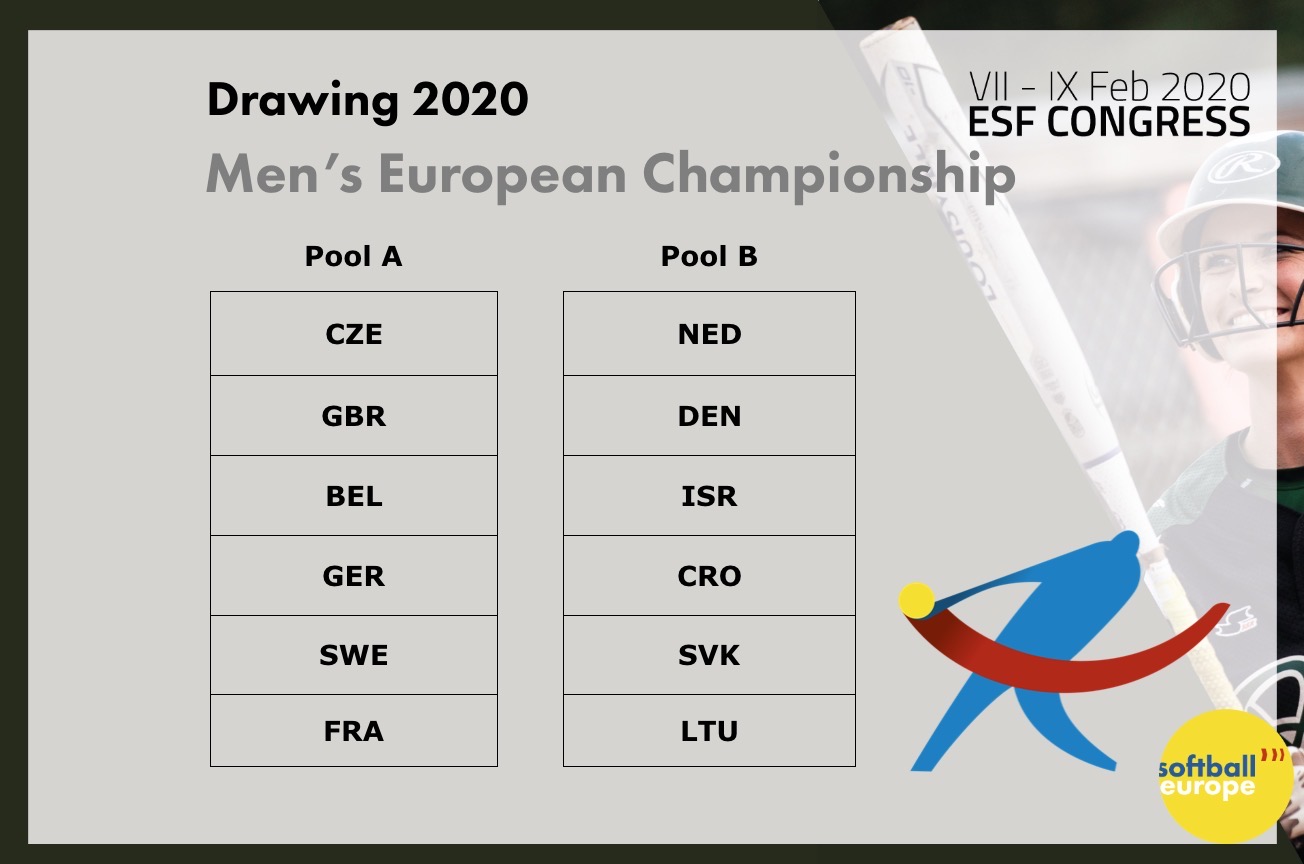 Draw for U15 Women’s European Championship: 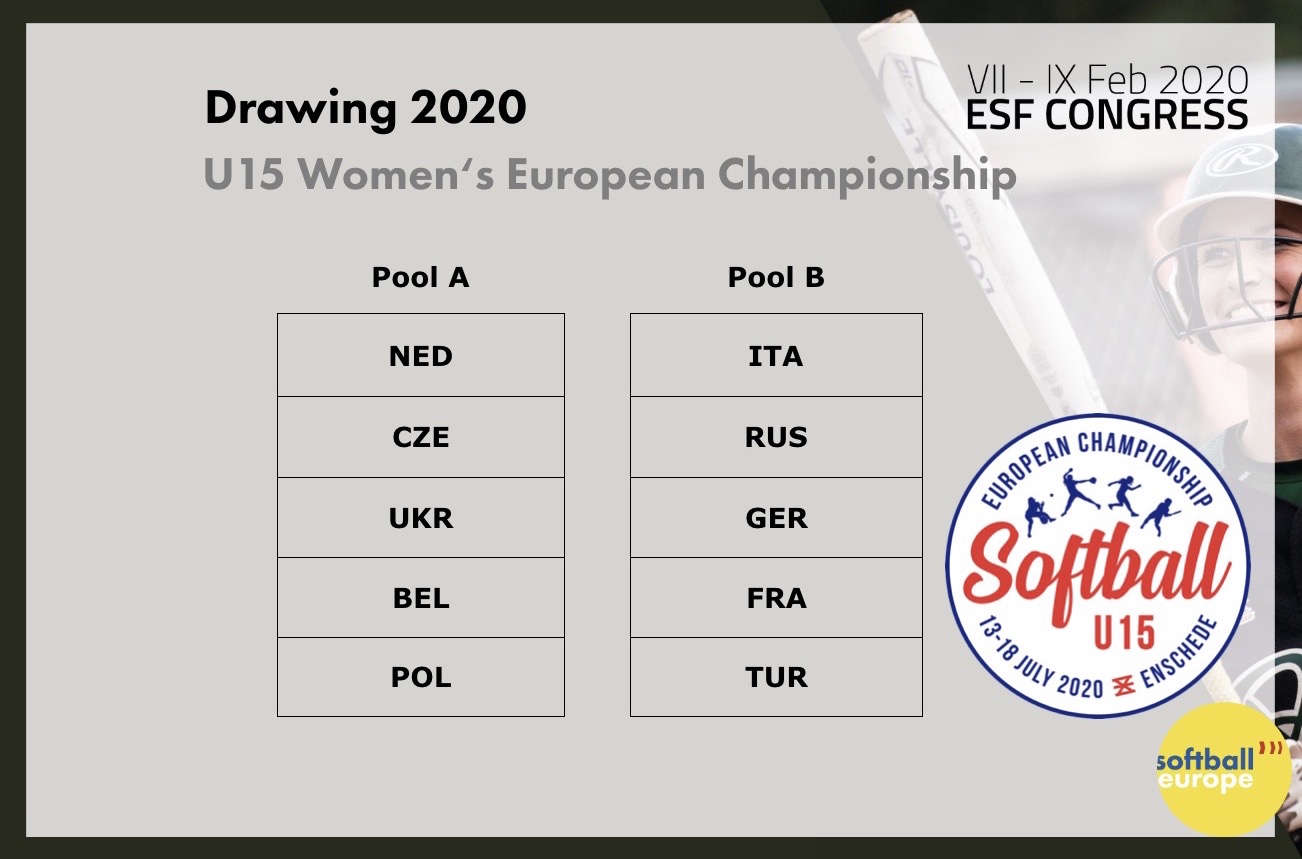