On May 7th in Brno, the annual Czech Republic All-Star baseball game took place at Draci Brno’s baseball stadium. A selection of some of the top players in the Czech Extraliga squared off with 16-time Czech Republic champion Draci Brno.

Prior to the match itself, was the skills competitions. Pavel Budsky defended his homerun derby title by defeating teammates Tomas Polansky and Martin Schneider. Budsky slugged four homeruns to Polansky’s three to take the title.

In the speed competition, a relay race between Draci’s Jakub Hajtmar, Martin Schneider and Michal Ondracek and All-Star’s Petr Baroch, Martin Drong and Vojtech Janicek, took place, as each player circled the bases. Draci’s trio of speedsters won the contest.

The All-Star game featured early offense from the Extraliga All-Stars, as they scored three runs off Draci starter Vojtech Jelinek in the top of the first inning. All-Star’s Jan Drabek, Jakub Malik, Jakub Cernik and Ales Navratil all secured hits in the inning. Draci Brno answered in the bottom of the second scoring a dominating nine runs in the frame off three different All-Star pitchers. The entire Draci Brno lineup reached base in the All-Star game. Pitchers for the contest for the All-Stars were Marian Gajdos, Jakub Jonak, David Navratil, Vojtech Papez and David Winkler. On the hill for Draci Brno was Jelinek, Jan Tomek and Radim Chroust.

photo gallery of the event 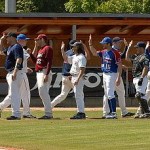 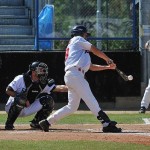 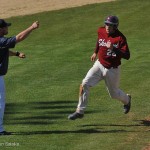 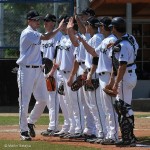 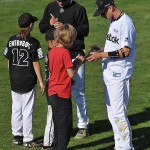 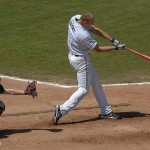