The Czech Baseball Association (CBA) has announced its roster for the upcoming WBSC U23 Baseball World Cup in Colombia. Manager Vladimir Chlup nominated 13 pitchers, two catchers, six infielders and three outfielders for the tournament. The Czech Republic faces Korea, Australia, Venezuela, Puerto Rico and the Dominican Republic in the first round. The U23 Baseball World Cup starts on Friday. The Netherlands are the second European participant. 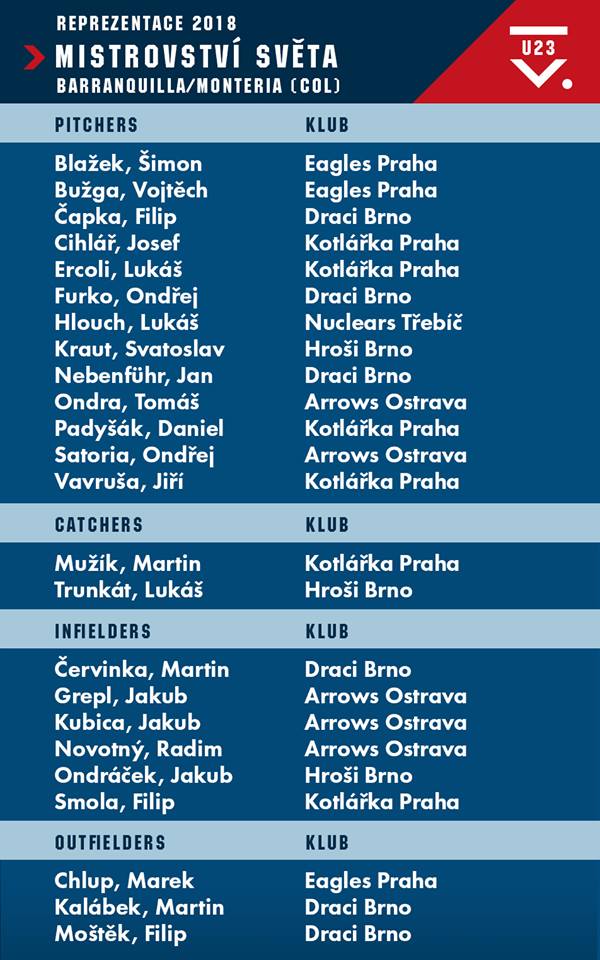