The Czech Extraleague is commencing the 2019 season on Friday evening with four night games. Ten teams will battle for the crown with Arrows Ostrava being the defending champion. Arrows added Wes Roemer to the roster this past offseason, joining Terrell Joyce and Chris Burkholder. However the biggest transfer this winter belonged to Draci Brno, which was able to lure former Major Leaguer Peter Moylan to the Extraleague. He will join import players Zachary Wilson and Dondrei Hubbard.

Jake Rabinowitz is returning to the Tempo Titans Prague. He will be joined by Jerry Lacayo and Jhai Anderson. Ryan Berg will be player-manager with Technika Brno. They kept Mario Gotschall and Yasser Tellez and added Michihiro Koizumi and Kaito Seko. Olympia Blansko signed Yutu Oshiro and Thea Lakmeche. Dalton Erb, Joe Flores, Brent Gillespie and Trey Bridis will be newcomers with the Nuclears Trebic. 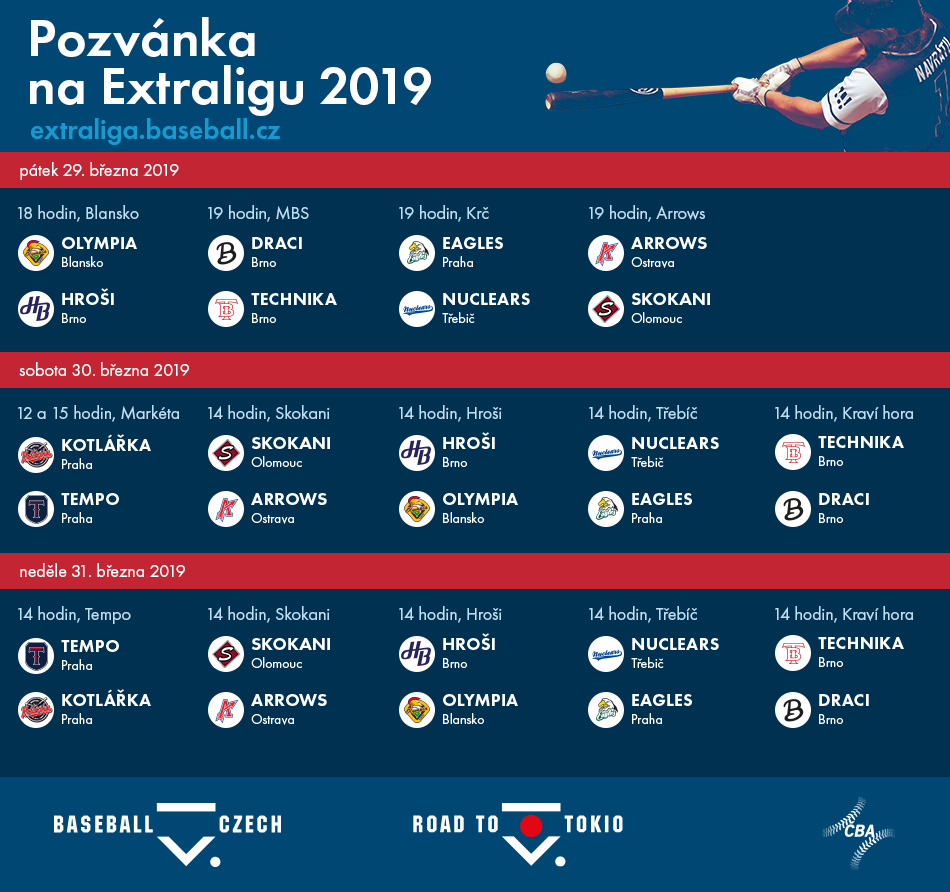