Czech Extraleague Baseball starts on Friday, May 22 into 2020 Season 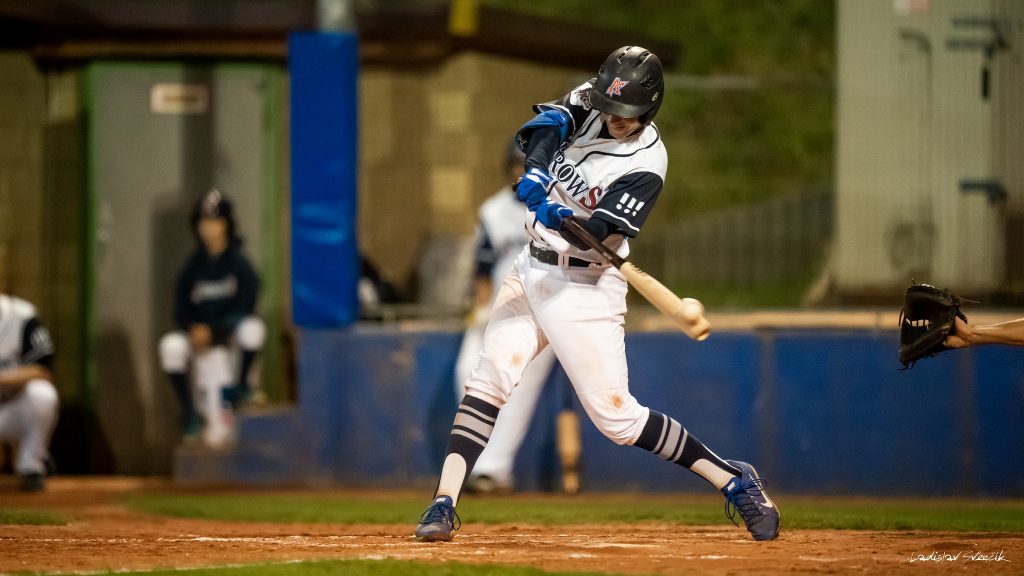 On Friday May 22nd is the opening day of baseball Extraleague. Ten teams will play games in round robin, in TOP6, semi-finals and Czech Series, which is the finale of this competition.

Originally planned start of Extraleague in April has been postponed because of COVID-19 pandemic and competition format has been tailored by this change. „Originally we planned to start in June, but continual releasing restrictions by Czech Government allowed us to start baseball season earlier. All players and coaches are exciting and I’m happy that we are starting already now“ said CBA president Mr. Petr Ditrich. Newcomer in the competition is SaBaT Praha, who exchanges after last season Skokani Olomouc team. „ We are aware that we are a newcomer. Plenty of our players has not any Extraleague experience, but we are doing all the best to prepare them for this new situation. We believe, that with mix of experienced players and young prospects we will at the end of season 2020 looking for upcoming Extraleague season 2021,“ trust in quality of his team Štěpán Hasal team manager.

Beside late start of the season, shorting round robin and some limitations related to current situation with Covid-19 pandemic, competition will be different and interested, because only imports with permanent residence in Czech Republic can play in this competition after approval of Technical Commission of CBA. There will be enough opportunities for young prospects this season as well as we will see couple of players returned from studies abroad. „This year we will see, what is real quality of Czech baseball,“ said Kotlářky Praha head coach and one of approved foreign players Scotty Mulhearn. „The majority of team will play only with Czech player and young prospects and it will be visible how good young programs are executed in clubs. And I’m really looking forward to see it,“ add head coach of 2019 Extralrague vice-champions Eagles Praha and also head coach of Czech National U23 Teams, 2019 European Champions Vladimír Chlup.

Czech Baseball Extraleague starts as the first baseball competition in Europe, for example in France and in The Netherlands baseball season has been cancelled. Worldwide only in Taiwan, Korea and in Nicaragua baseball competitions already started. „Everything will take place on fields in accordance with the current regulations given by Czech Government regarding hygienic measures. Teams are preparing on-line broadcasts through webcams on fields, an of course games are already couple of years on-line thanks to iScore system usage,“ said Petr Ditrich.

The title defend Arrows Ostrava, who won the last two Extraleague year will fight for Extraleague winning hattrick. „We want to keep set directions, play good baseball and to be competitive. We can expect more runs during games, but overall I don’t expect decrease significant quality of baseball against the last seasons,“ said coach and Czech Senior National Team pitcher Boris Bokaj. All teams have the highest goals set and speak about promotion to TOP6. Because of shorten round robin, when teams plays against each other only two games, we can expect also some surprised results.

About ambitions and strength of teams will tell just first playing round when the last Extraleagues Champions Arrows Ostrava will face 21st time Extraleague Champions Draci Brno and two ambitious Prague teams Kotlářka and Tempo will face each other.