The Czech Baseball Association (CBA) announced its roster for the inaugural Super6 tournament, which will be played in Hoofddorp in September. The coaching staff will be led by Mike Griffin, supported by Michal Müller, Petr Baroch, Hynek Capka and Corey Lee. Also on the roster is Double-A catcher Martin Cervenka of the Baltimore Orioles. 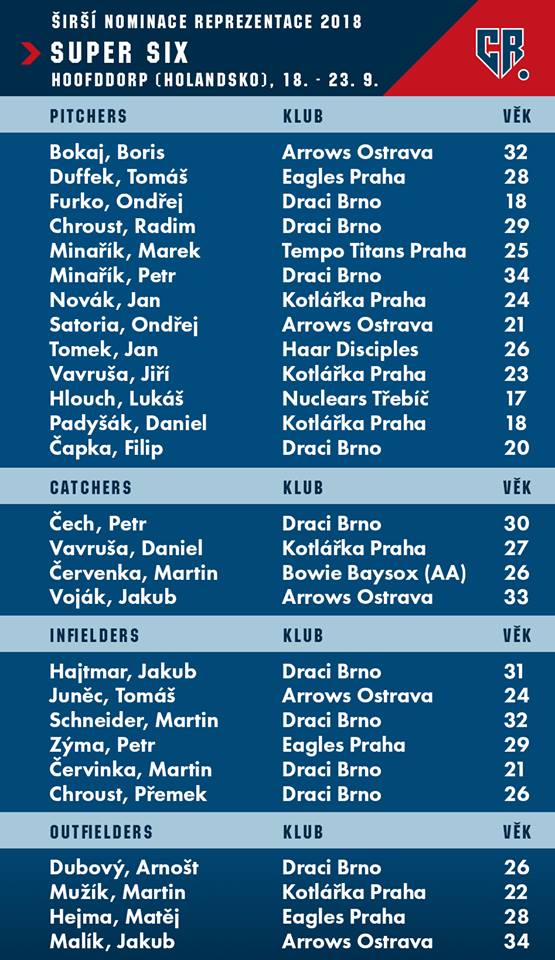