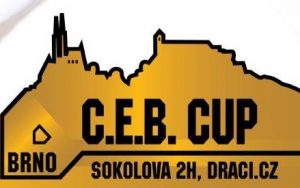 Day one at the CEB Cup 2019 in Brno, Czech Republic featured four games. In the morning BioTexCom KNTU defeated the Montigny Cougars 7-3 thanks to a five-run seventh inning. Afterwards Minsk stunned the Zurich Challengers with an 11-8 victory. Zurich threatened to come back in the end, but a five-run rally in the eighth was not enough.

The VOITH Heidenheim Heidekoepfe shut out Vindija Varazdin 12-0 in the afternoon. Luke Sommer and Simon Liedtke combined for a one-hitter. In the evening contest Adam and Jakub Hajtmar drove in two runs in the fifth to lead Draci Brno to a 2-1 win over the Astros Valencia. Four pitchers out-dueled Yulman Ribeiro. 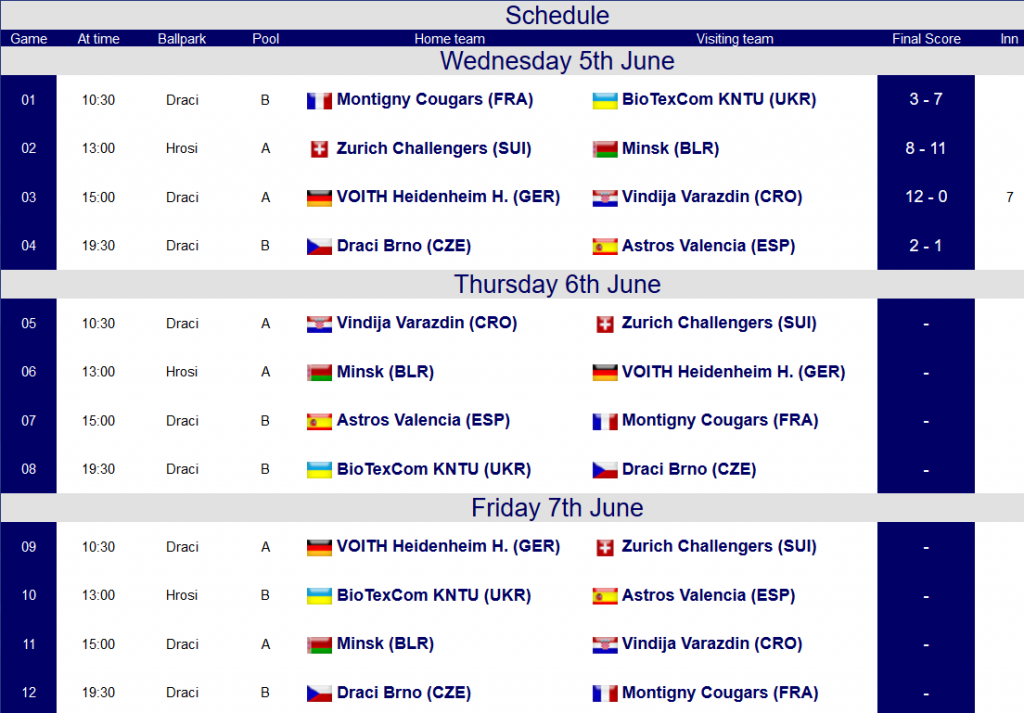 Live play by play and statistics are available through www.baseballstat.eu. A live stream is offered from the Draci Brno ballpark at https://draci.baseball.cz/draci-tv.