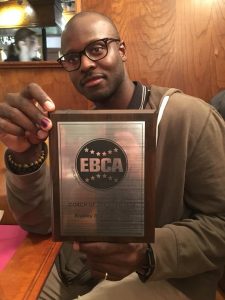 During the 2018 EBCA Convention in Mulhouse, France the award winners were revealed this past weekend. Bradley Roper-Hubbert, who led the Bonn Capitals to their first German championship in team history, which included a 40-0 winning streak in the process, was named 2018 EBCA Coach of the Year. MLB’s Dan Bonanno received the EBCA Career Achievement Award, Vincent Bidaut of France the EBCA Grassroots Award.