New Baseball Stadium to be built in Las Palmas, Spain 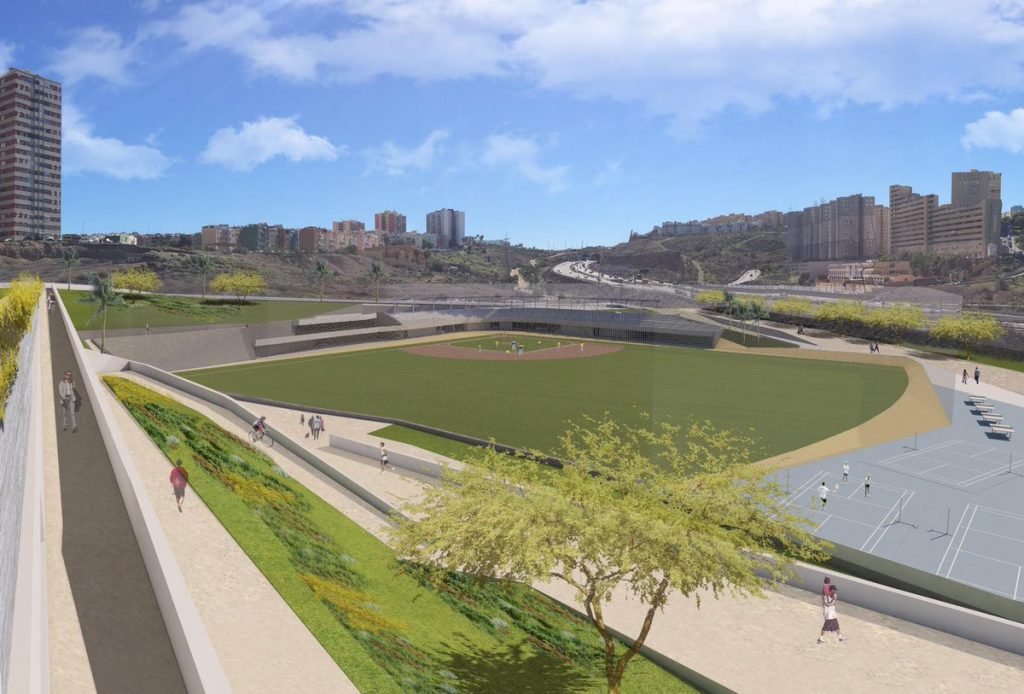 A brand new baseball softball stadium will be built in Las Palmas, Gran Canaria, marking a huge step forward for the sport in Spain. It will be the first exclusive baseball softball facility in Gran Canaria island, since the team Capitalinos actually plays at Martinon, a venue shared with other sports.

The City Council of Las Palmas has ceded a 36,500 squared meters land next to Santa Caralina-Lomo Blanco higway, where the stadium will be placed; and the Cabildo de Gran Canaria will invest 1.5 million euros in the construction of the stadium. The construction will start in the early 2019, and the works are estimated to last between 8 months and a year.

The project includes a 400 seat stadium and two parking lots (one for the stadium itself, and the other for public use). Behind the stands will be located the locker rooms for the teams, offices, a meeting room, a warehouse, the scorers room and a batting cage.