Andrew Medeiros, Mike Taylor to play for Rouen Huskies in 2016


The Rouen Huskies of the French Elite League recently signed two members of the International Baseball Community website for 2016.

Catcher Andrew Medeiros, a Westfield State University grad, has built a reputation as a catcher who can crush the ball and steal bases. He first took his game overseas to Australia for the 2014-2015 season as a late signing and led a 1-3 team to a 24-3 record by hitting .462 with 17 doubles, 3 triples, 9 home runs and 21 stolen bases through 23 games. He then signed to play in Belgium for the summer of 2015 and led the Deurne Spartans to a championship behind a .466 batting average with 14 doubles, 2 triples and 10 homeruns while swiping 38 bases!

Rouen also signed infielder Mike Taylor who just finished a monstrous season for the Pittsburg Diamond of the Pacific Association where he played alongside MLB great Jose Canseco and played against 10-year MLB veteran Eric Byrnes. Mike proved to be one of the league’s top hitters in the three major hitting categories: batting average (.309), homeruns (24), and RBI’s (74). 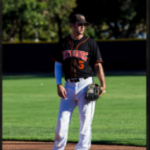 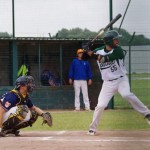