From August 30th to September 5th, Major League Baseball will hold a European All-Star Camp for U15 players from 11 European countries, as well as five players from South Africa, at the Armin-Wolf-Arena complex in Regensburg, Germany.

Major League Baseball’s elite European All-Star Camp will bring some of the best young baseball players together for an intensive training camp with expert coaches. The camp will consist of 5 days of instruction, games and backfield work and is a platform for Europe’s most promising talent to further their chances of playing college baseball in the US.

Among the more than 50 players signed up to attend, representatives from Russia will be included for the first time. 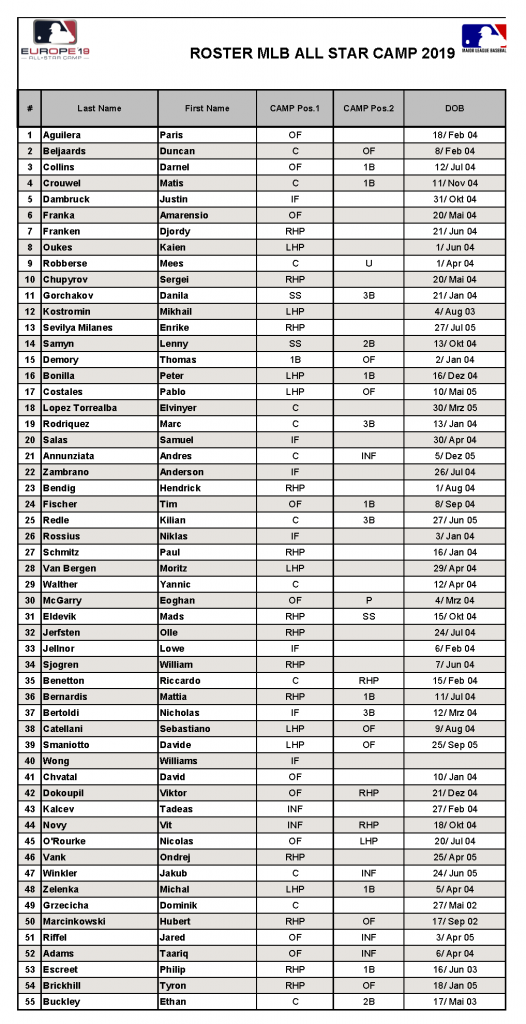