Team Europe took a step backwards on Monday, suffering a 24-3 loss at the hands of the Japanese. Europe’s starter Gianny Fracchiolla lasted just two innings, and the bullpen didn’t fare much better. Premek Chroust doubled and scored a run for Europe. 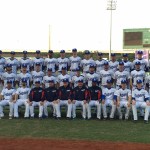 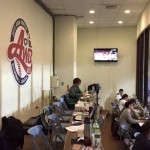